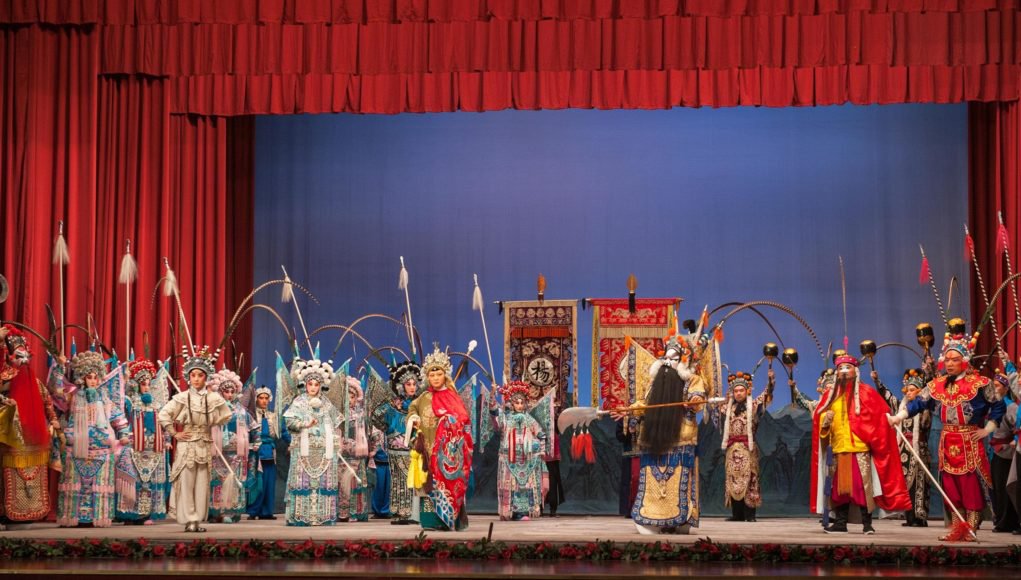 The classic Beijing Opera “Female Generals of the Yang Family” was presented on Sunday at the Athens Concert Hall, as part of the events marking the 2017 Greece-China Year of Cultural Exchanges and Culture Industry Cooperation.
“We are proud hosting this treasure of Chinese culture,” Nicholas Theocharakis, chairman of the Athens Concert Hall, told Xinhua news agency after watching the performance.
Artists from China National Peking Opera Company won the warm applause of the Greek audience through their performance. It was the first time that the play was hosted in Greece, with Greek subtitles.
The story of the strong and courageous Chinese women who safeguarded their homeland after their husbands, sons and fathers were killed heroically in battle, moved the Greek spectators, the Xinhua report says.
The brilliant costumes and scenery, as well as the great singing, dancing, martial arts and acrobatics performances, were also greatly praised by the Athenian audience.
Since 2010, the Beijing Opera has been included in UNESCO’s World Intangible Cultural Heritage list.