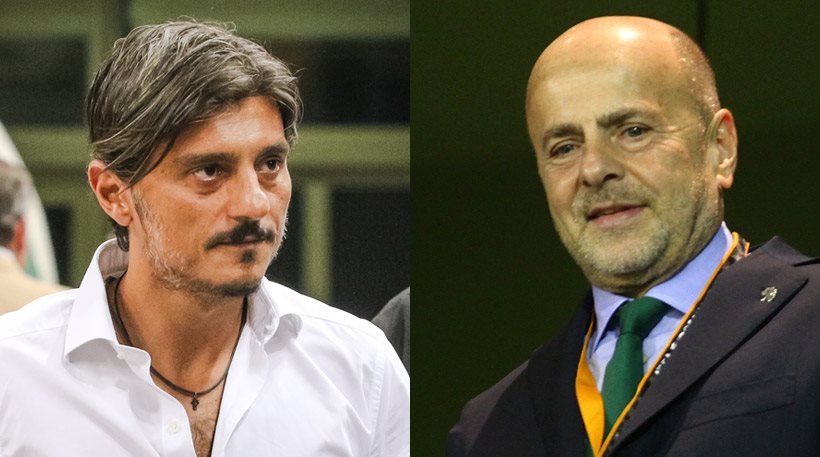 Panathinaikos Football Club faces serious ownership problems as Panathinaikos Basketball Club chief Dimitris Giannakopoulos has withdrawn his offer to buy the debt-ridden club.
Great expectations were created among Panathinaikos fans when Giannakopoulos stepped in last Monday saying that he knows some people who are willing to join him in a financial alliance to buy the football club in crisis. Owner Yiannis Alafouzos had announced that he is willing to step down, as long as new investors come forward and buys the club.
Panathinaikos lost three key players this summer due to financial problems. Fans are enraged and they demonstrate their displeasure every chance they get; especially on social media.
At the same time, the club started the season off with two losses to Athletic Bilbao that put Panathinaikos out of the qualifiers for the UEFA Europa League. In Greece’s national league they only managed one win in four games, and were at the bottom of the league because of two points taken away due to violent incidents caused by fans.
On Friday, Alafouzos and Giannakopoulos met to discuss details of the transfer, if the latter agreed to assume ownership of the club. No deal was made. On Sunday morning the two men met again. This time, Giannakopoulos withdrew his offer on the grounds that he is not willing to bear the burden of the soccer club’s substantial debts.
No official data on Panathinaikos FC total debts have been released. Reportedly, the club’s exposure amounts to 50 million euros.
Giannakopoulos issued a statement hours later saying that he had approached the current owner since early in the summer. Initially, he said, the debts presented to him were around 25 million euros and that there was a commitment by Alafouzos that he would cover the dues entirely.
However, it was further continued in the statement that the club’s failures have pushed the amount of the debt to 50 million euros. Giannakopoulos said he offered to pay 15 million euros to cover part of the debt, and take over management of the club and all future liabilities.