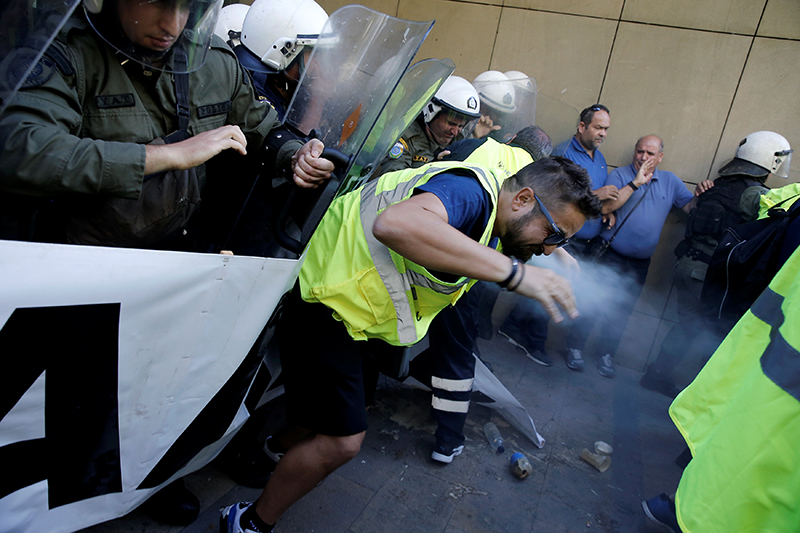 Greek police fired tear gas at dozens of Eldorado Gold workers rallying outside the energy ministry in Athens on Wednesday to protest against potential job losses, after the Canadian company threatened to suspend investment at its Greek mines.
Eldorado Gold Corp announced the potential suspension on Monday, blaming delays in getting permits, only days after the Syriza-led government urged investors to show confidence in Greece as it emerges from crisis.
About 100 workers, in yellow vests, rallied outside the ministry early on Wednesday unfurling a banner reading “Occupation” in front of a police cordon. Some of them stormed into the building, according to police officials.
Police later fired some rounds of tear gas at the protesters.