GRNews
GreekReporter.comGreecePavlopoulos: 'There are no Gray Zones in the Aegean'

Pavlopoulos: 'There are no Gray Zones in the Aegean' 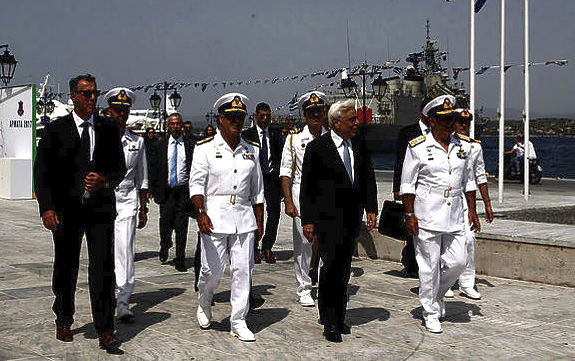 The Treaties of Lausanne and Paris show clearly that there are no grey areas in the Aegean Sea, President Prokopis Pavlopoulos said on Sunday, during an event on the island of Spetses where he was declared a honourary citizen.
“From the Treaty of Lausanne of 192
3 and the Treaty of Paris of 1947, it appears, without any doubt, that there are no ‘gray zone’ in the Aegean.
Consequently, all Greek borders – which are also European Union borders – are precisely defined, with the consequences this has on the continental shelf, territorial waters, the Aegean Sea and the exclusive economic zone (EEZ),” he said.
Pavlopoulos commented on Greece’s international role saying that the country acts with “absolute respect for European and international law. It is a force that works for peace and development both in the proximity of the Balkans and Southeast Europe and in the wider context of the European Union.”
(Source: AMNA)