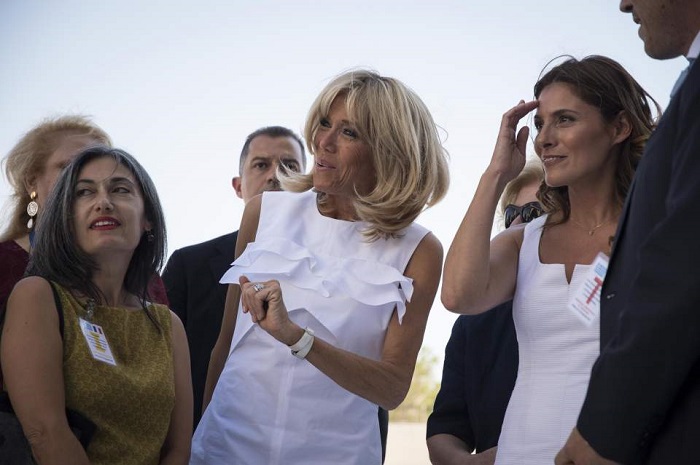 Brigitte Macron gave an enthusiastic endorsement of Greece as she toured the Ancient Agora in central Athens on Friday.
Mrs. Macron, 64, when asked by journalists about her impressions of Greece, she replied: ‘I won’t Leave, I’ll Stay’.
On Thursday Macron, accompanied by Greece’s first lady, Betty Baziana, visited the Acropolis and the Stavros Niarchos Foundation Cultural Centre, with the emblematic new building erected by architect Renzo Piano to house the Greek national opera and national library. 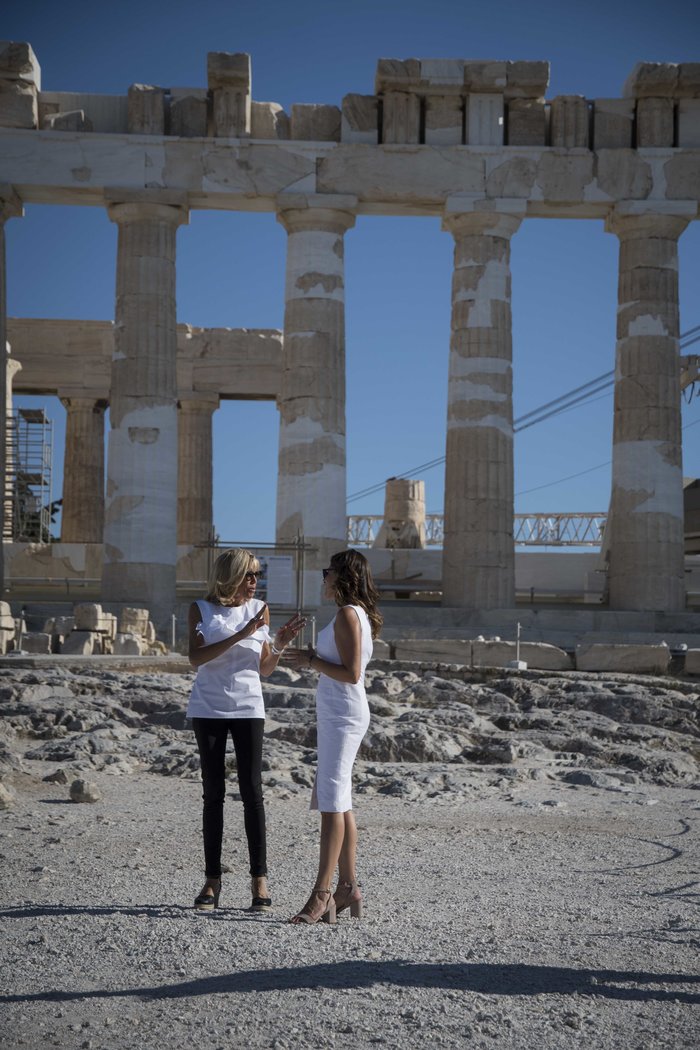 Later in the evening she dazzled her Greek hosts at a state dinner. 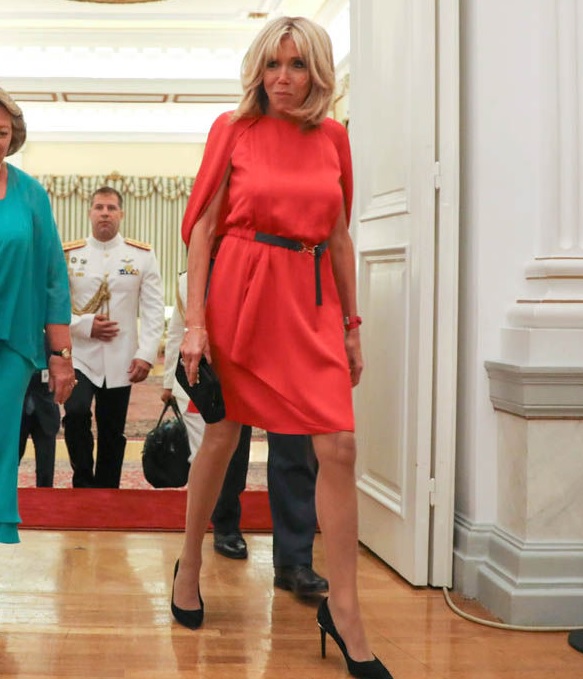 She looked glamorous in a red dress, as she mingled with state officials at the dinner. 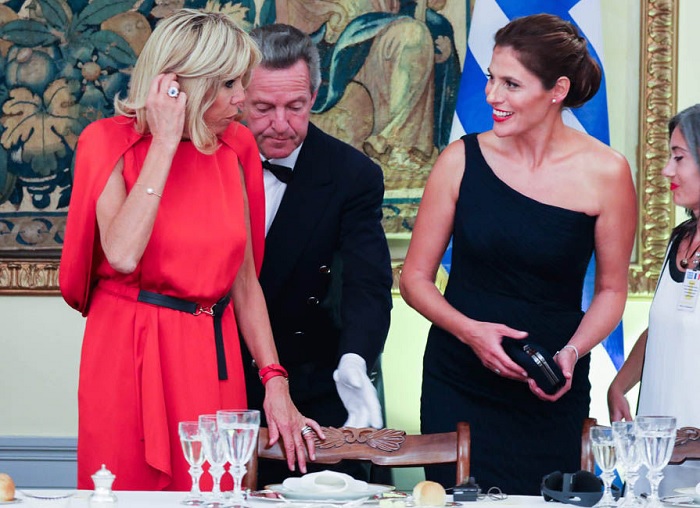 The mother-of-three wore a red dress that featured a cape detailing, which flaunted her arms.