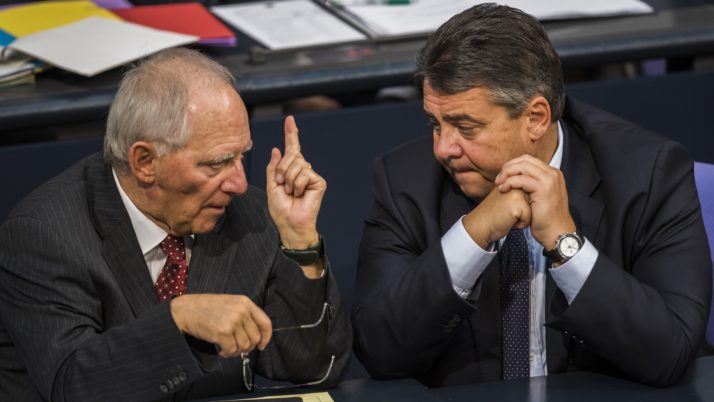 The Greek debt crisis features strongly in the German election campaign as the social-democrats of SPD accuse their coalition partners of Angela Merkel’s CDU of undermining the EU.
On Tuesday, during the last session of the German Parliament prior to the September 24th elections, Foreign Minister Sigmar Gabriel of the SPD, accused Finance Minister Wolfgang Schäuble that he was seeking the exit of Greece from the common European currency until the end of 2016.
In his speech, Gabriel emphasized the need for a radical change in the European policy of Germany, using Greece as an example and launched an attack against Schäuble for undermining Europe’s cohesion.
“Even by the end of last year [Schäuble] argued that Greece should come out of the euro. Thank God,” he continued, addressing the German Chancellor who was in the chamber, “you and others have prevented him from continuing to pursue this policy.”
Doing otherwise, Europe would be blown up to pieces, Gabriel said.
It is not the first time that Gabriel has criticized Schäuble’s tough stance on Greece.
In May, he demanded that Schäuble provide a clear commitment on granting debt cuts to Athens, a demand almost immediately rejected by the Finance Minister.