Macron to Urge Renewal of EU Democracy from Pnyx in Athens 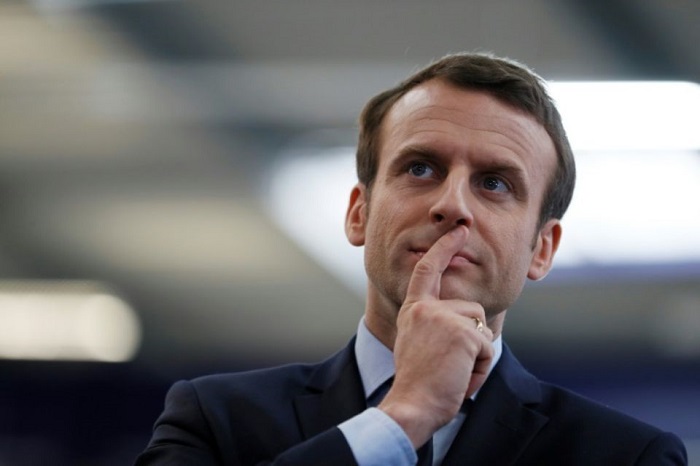 In a highly symbolic move, French President Emmanuel Macron has chosen to deliver a major speech at the hill of Pnyx, facing the Acropolis, during his official visit to Greece on Thursday.
Macron, who swept to power on a pro-EU platform last May, has made reforming the eurozone and EU institutions a priority of his mandate.

The Pnyx offers the perfect setting for Macron to urge fellow Europeans to tackle the democratic crisis he believes the union faces.
From the Greek word meaning “tightly packed together”, the Pnyx was the official meeting place of the Athenian democratic assembly.
“It’s a symbol of a new chapter (for Europe),” a French presidency official said of the speech Macron plans to give on Thursday evening.
“We have gone through a financial crisis and a sort of confidence crisis and Greece knows that, it suffered from them. The president wants to show that Europe must be rebuilt democratically,” the official said.

Macron arrives in Athens on Thursday and will meet with Greek President Prokopis Pavlopoulos and Prime Minister Alexis Tsipras to discuss bilateral and European issues.
His speech at Pnyx will be followed by a visit to the French Archaeological School, and a reception with the French community in Athens.
During his two-day trip ending on Friday, Macron will be accompanied by around 40 French business leaders, including figures from blue-chip firms Total, L‘Oreal, Sanofi, Engie and Vinci.
Reuters reports that after a German-French consortium won a majority stake in Thessaloniki Port last June, France is keen on pushing its companies to invest in Greek infrastructure, energy and the agri-food business.
French officials also want to avoid more strategic sectors of the Greek economy from falling into non-European hands after China’s COSCO Shipping bought a 51% stake in Piraeus Port -Greece’s biggest-, for 280.5 million euros.
“It poses a sovereignty problem, it’s kind of a European failure,” the French official told Reuters.