GRNews
GreekReporter.comEuropeCatalonia to Vote on Independence from Spain on October 1st

Catalonia to Vote on Independence from Spain on October 1st 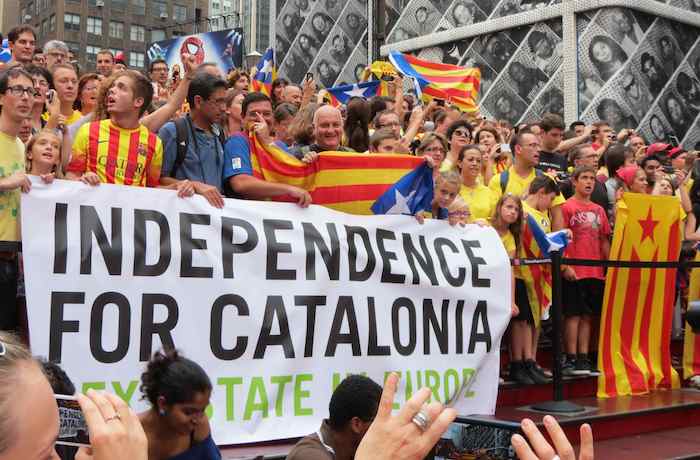 Catalonia’s parliament has given the greenlight for an independence vote that Spain’s government says is illegal.

On Wednesday Catalan lawmakers passed a law to to establish an October 1 referendum on whether to declare independence from Spain. Spain’s central government says it will stop the vote; but it is unclear how they will do it.

72 pro-independence lawmakers voted in favor of the so-called “referendum bill” after 11 hours of debate. 52 opposition members of parliament walked out in protest of the bill.

The legal framework makes provision for an independent Catalan state if voted at the referendum.