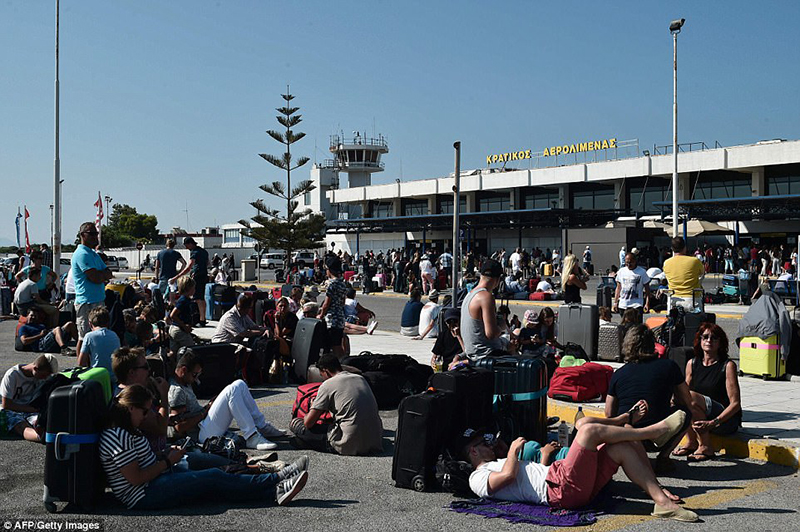 The recent surge of tourism in the Greek islands has seen celebrities posting photos and videos, but young party animals have been discovering the Greek summer too.
According to the Thomas Cook travel agency, tourists under 30 have been abandoning traditional party venues in Spanish Ibiza for the cheaper Greek islands, particularly Kos and Zakynthos.
Year-on-year bookings to Greece have increased significantly among customers aged under 25. Popular Greek Islands Kos and Zakynthos have seen bookings double for under-25s since 2009, while bookings for over 50s are declining year on year.
Thomas Cook said: “The young partygoers who are looking for alternative and more affordable options to Ibiza are choosing the likes of Kardamena in Kos, where they can party into the early hours on Bar Street.
“Zakynthos’ Laganas Strip is another favourite and is considered one of Europe’s most popular party hotspots for the under-25s who don’t see the appeal of Ibiza and are on a tighter budget.”
Kos and Zakynthos’ dedicated party areas are attractive to young revellers looking for a more affordable alternative to Ibiza.
“Greece is having a bumper year and these emerging party islands just help to broaden Greece’s offer even more, while customers looking for the ‘Mamma Mia‘ experience have a huge range of authentic Greek hotels and restaurants across its thousands of islands,” Cook notes.