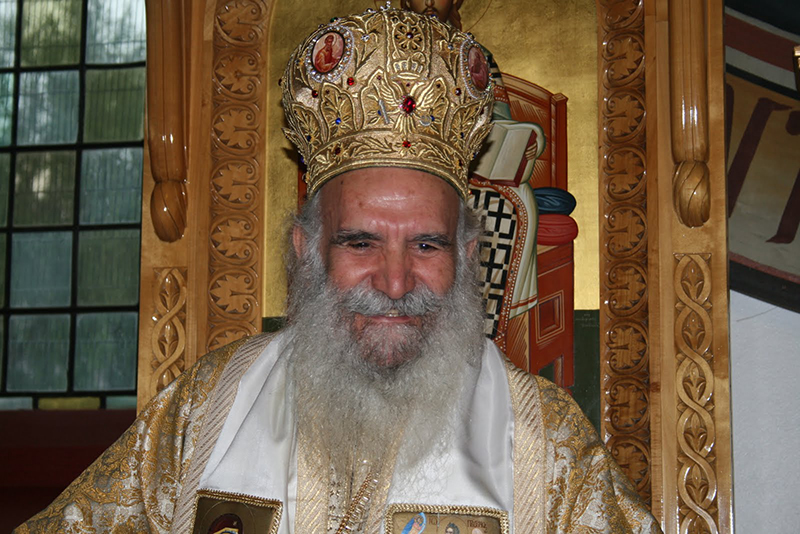 Gregorios, Archbishop of Thyateira and Great Britain, raised concerns that Lidl‘s marketing decision to digitally remove crosses from the packaging of some food items had offended believers and Greeks alike.

In an interview with Premier Christian Radio, His Eminence said: “They [have] hurt the Christians – not only the Greeks because it was a Greek church – but the Christians [from] what I read. I hope that many others will protest against this silly decision.”

Dozens of shoppers took to the company’s Facebook page in protest at Lidl erasing roof-mounted crosses from a picture of an iconic Greek Orthodox church on the island of Santorini.

The image was featured on moussaka, haloumi and other products included in the German supermarket’s own-label Greek food range, Eirdanous.

Archbishop Gregorios agreed that the editing decision was “an immoral act”, adding: “It is immoral in my eyes to remove something which has been there for 2,000 year and is the symbol that Christ died on the cross for you, for me, for millions of people.

“The company must restore the church and apologies to the public… without making a fuss. This is my suggestion.”