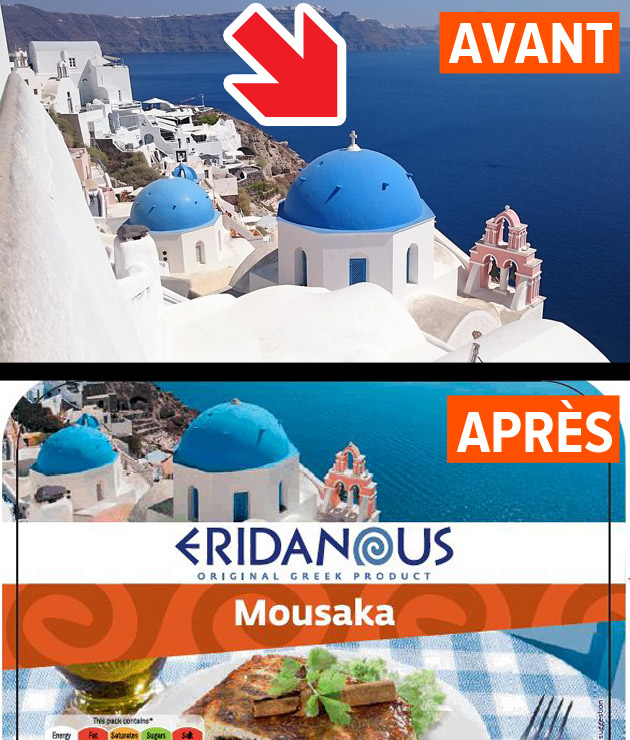 “I am outraged that the Lidl stores that sell Greek products, erase photos of Greece, part of its landscape and its culture,” a viewer wrote to the RTL TV Belgium website.

The viewer sent a picture of Santorini showing an aerial view of the famous Caldera that includes the domes of a Greek church with crosses on top. Then they juxtapose the same picture used to illustrate the German giant retailer’s packaging of the Greek product range ERIDANOUS “Original Greek Product”.

In the advertising illustration, the crosses on top of the domes have been erased. “I’ll let you see the pictures,” the viewer wrote, rather indignant.

RTL asked Lidl and a company spokesperson explained the reason for the withdrawal. “We are avoiding the use of religious symbols because we do not wish to exclude any religious beliefs.”

“We are a company that respects diversity and this is what explains the design of this packaging,” he added.

The story created wider indignation as it was criticized in plenty of European media. The German supermarket giant replied: “Our intention has never been to shock. We avoid the use of religious symbols on our packaging to maintain neutrality in all religions, and if this has been perceived differently, we apologize to those who may have been shocked,” said the company spokesperson.