GRNews
GreekReporter.comGreecePiraeus Bank Announces Profits Up 14% in First Half of 2017

Piraeus Bank Announces Profits Up 14% in First Half of 2017 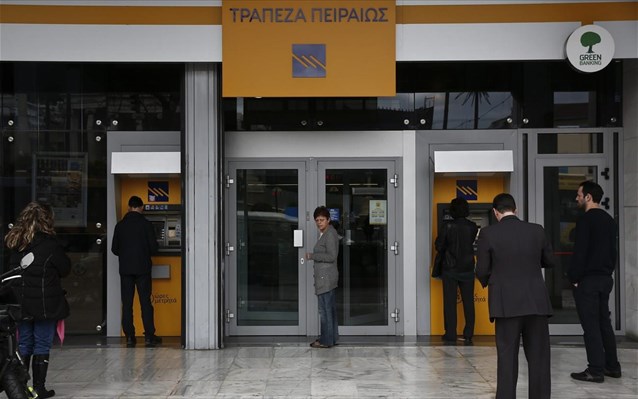 One of Greece’s major banks, Piraeus Bank, announced on Wednesday that pre-tax profits for the first half of 2017 were 549 million euros, showing a 14 percent increase from last year.
In the second quarter, Piraeus Bank posted profits of 7 million euros to shareholders against a loss of 7 million in the previous quarter. The cost to revenue ratio declined in the second quarter to 50 percent, while the corresponding index in Greece stood at 47 percent.
Non Performing Loans (NPL) in excess of 90 days decreased by 1.1 billion euros on a quarterly basis, down by 4.9 billion euros from the high of September 2015, lowering the relative index in Greece to 37.0 percent. Non Performing Exposures (NPE) decreased by 0.7 billion euros on a quarterly basis and down by 3.3 billion euros from their respective high.
Headquartered in Athens, Greece, with approximately 17,100 employees in eight countries, Piraeus Bank Group offers a full range of financial products and services to approximately 5.7 million customers. Total assets of the Group amounted to 73.9 billion euros, net loans to 46.4 billion euros and customer deposits to 40.9 billion in June 2017.
Founded in 1916, Piraeus Bank operated as a private credit institution for many decades, while it went through state ownership from 1975 until 1991, as it was privatized in December 1991. In 2014 it acquired ATE Bank and Geniki Bank. Since then, it has rapidly grown in size and activities, being the leading bank in Greece in total assets with 30 percent market share in terms of loans and 29 percent of deposits.