GRNews
GreekReporter.comDiasporaGreek Community Complaints about Plan to Demolish their Homes in Albania

Greek Community Complaints about Plan to Demolish their Homes in Albania 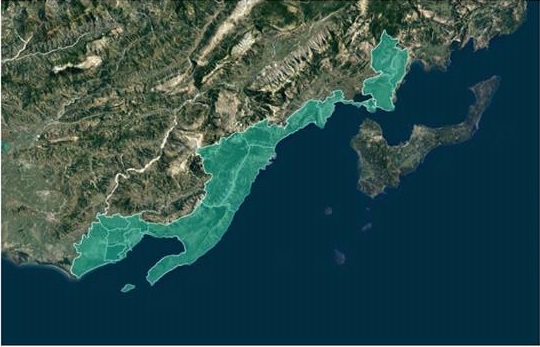 The Greek community in Himara, Albania, has complained about a mass Albanian government demolition plan that puts their homes at risk, according to Epirus TV.

According to the report, the plan was voted for by the Himara City Coucil, convening in the Albanian village of Kuç, as Epirus TV says.

The report states that dozens of Greeks of Himara went to Kuç to complain, but they were met by strong police forces, forbidding them to enter the council meeting.

Greeks of Himara held a protest rally on Thursday morning in front of the Town Hall.

As outlined in an announcement of “Omonia Himara” (the Democratic Union of the Hellenic Minority), the plans of the government and the town hall are not just about touching some houses and a few estates, but an attempt to take over the whole of Himara.

The demolition plan, which is presented as a new urban development plan for the area of ​​Himara, contains a detailed document setting out the seaside areas to be nationalized for the construction of new tourist accommodations, to be approved according to a new bill “on tourism development”.

This law legitimizes the expropriation of private land and the demolition of private property within these areas for the construction of new tourist facilities. Himara.gr website presented the plan which was approved by the City Council of Himara.

“The implementation of the final deterioration of the area and the uprooting of the Greek population through economic strangle-holding, is a method similar to that applied by the Turks in the occupied Cyprus and other areas with a Greek population within the Turkish territory,” the report says.

The maps show the areas to be expropriated, while the business buildings and houses within these areas will be demolished.

“These are thousands of hectares of expensive coastal land where there are already businesses and estates belonging to Greek inhabitants in the area. The project extends to other areas, such as Sarande, Examilia and Constance,” himara.gr reports.

Greece’s Foreign Ministry spokesman Alexandros Gennimatas, responding to a journalist’s question about the decision of the Himara authorities, made the following statement: “The Albanian authorities seem to regard the circumvention of the rights of the Greek minority as more important than the the country’s course for EU entry.”