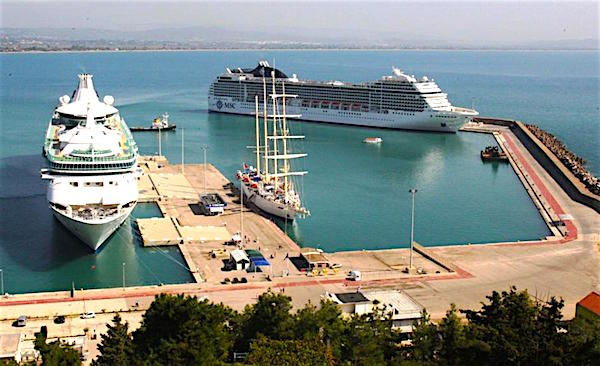 Minister of Shipping and Island Policy Panagiotis Kouroumblis expressed the view that a port which would offer duty-free shopping to cruise ship tourists, would boost the Greek economy.
Speaking on the Athens Macedonia News Agency radio 104.9 FM on Tuesday, the minister said that, “people who choose to be entertained going on a sea cruise, they always have in their minds to go to a tax-free port,” he said.
Kouroumblis said that the tax-free harbor will boost the revenues of a small island. The minister referred to the revenues lost in Turkey and Egypt, places suffering from terrorist attacks and general political instability.
“Since Turkey and Egypt are now out of the cruise packages, we have to look for and offer a substitute. I have considered this solution and since today I will have a meeting on other issues with the Finance Minister, I will discuss the idea,” he said.
The Shipping Minister, expressed his hope that he will be able to persuade the Minister of Finance, in order to pose the issue to Greece’s lenders, the European institutions, for discussion.