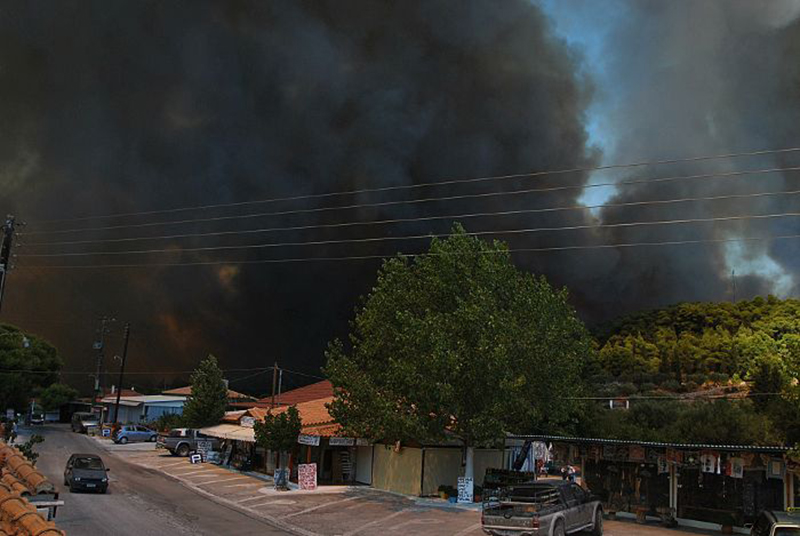 A large wildfire with seven fronts is raging for a second day on Zakythos Island, in western Greece on Sunday, with no casualties reported so far, the Greek Fire Service said.
The fire, which started on Saturday, has damaged at least three houses, while a village has been evacuated as a precautionary measure, the national news agency AMNA reported.
Firefighters from the mainland have been dispatched to help extinguish the blaze, but strong winds blowing in the area hampered the fire control efforts.
Among the total 47 wildfires across the southern European countries this weekend, the one on Zakynthos Island is the largest, according to reports.
In the past three decades, around 1,500 wildfires per year on average destroyed 1.2 million acres of land, according to a study conducted by the World Wildlife Fund (WWF) Greece and the National Agricultural Research Foundation.