TechNews
GreekReporter.com Greece Where did Athens Neighborhoods and Squares Get Their Names From

Where did Athens Neighborhoods and Squares Get Their Names From

There are several famous and strangely named neighborhoods and squares in Athens and even Athenians don’t know how these neighborhoods were named.
America Square today is deteriorating as the whole Kypseli neighborhood is downgrading. Yet, the busy square was named in 1927, as the municipal council wanted to show its appreciation for the philhellenism shown by the United States. Until then it was Agamon Square, or Square of the unwed. It was named so in 1887 after three middle-aged Athenians who had a café in the square and were all unmarried. 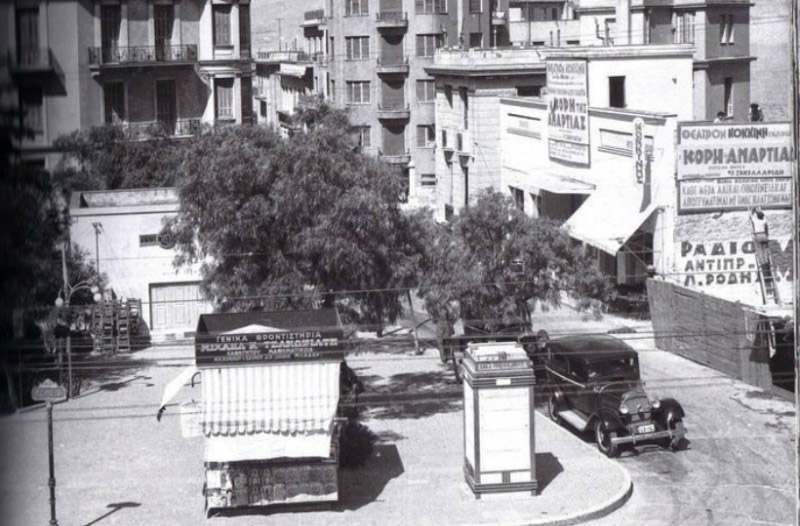 (America Square)
Until the end of the 19th century, Ambelokipi (gardens and vinyards in Greek) was an area full of vineyards and orchards, which were irrigated by the water of the Adrianian aqueduct that sprouted from Agios Dimitrios from the beginning of the 16th century, when the main pipeline was destroyed.
Anafiotika is an Athenian neighborhood on the north slope of the Acropolis Hill. Particularly picturesque, with tiny houses and narrow streets resembling a Greek island, it was created around 1860 by craftsmen and laborers who had come from the island of Anafi to work in the excavations of the Acropolis, but also to build the capital, which was a relatively new city then. One of them, on the pretense of building a small church, gathered materials and with the help of a carpenter, he made a house in one night and settled in. In a few days (or nights …) the builder, helped the carpenter to get his own home. Thus, Anafiotika, from these two masters from Anafi.
Vathi Square took its name from the lower ground, where the waters of the Cycloborus stream ended. Once the area was drained for construction works, Vathi Square was created in 1926.
Gazohori was a settlement of shacks and shelters, which was arbitrarily made in the north and west of the gas factory, during the first decades of the reign of King George I (second half of the 1860s and on). Originally, the poorest families of Athens lived there, and then, as K. Biris wrote, it used to “house” the underworld. Today it is called Gazi (gas) and it is a vibrating area full of bars and restaurants and the old gas factory has turned to a complex where exhibitions, concerts and other events are staged.
Votanikos was named after the Botanical Gardens, which since 1836 has been where trees are planted with King Otto’s order for the “establishment of neophytes”. The same order stipulated that the Botanical Garden were used by the Physical-Historical Society, the medical schools and the higher education institutions. 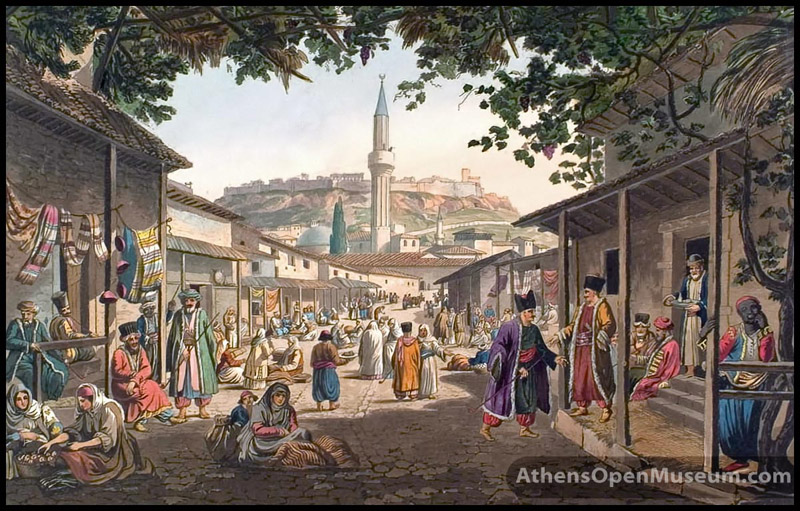 (Monastiraki)
Yusurum, the flea market in Monastiraki, was so named by Jewish Elias Yusurum, who opened the first antique shop in the area in the late 19th century. In Monastiraki there is a flea market and the area is packed with tourists all year-long due to its proximity to the Acropolis and other archaeological sites. Monastiraki owes its name to the old monastery of the Assumption of the Virgin Mary, the enclosure of which gave its name to Monastiraki Square.
Exarchia got its name around 1900, from the last name of Exarchos from Epirus, a man who had a grocery store in the southwest corner of Themistokleous and Solomou streets. At Exarchia square, the famous “blue apartment building” was built before World War II. Today Exarchia is a den of anarchists and other anti-social groups who often vandalize the area and attack police with molotov cocktails.
Thissio, is named after an ancient temple, located at the top of “Agoraiou Kolonos”. Its ruins were discovered in 1931 during the excavations of the American School of Classical Studies. In the past, this temple was converted into a Christian church and during Frankish rule a Catholic church.
Ilissia was named by the Duchess of Plakentia who built her mansion near Ilissos River and gave it the name of the river. Today the mansion houses the Byzantine Museum.
Klafthmonos Square, or the square of crying, was named so after writer Dimitrios Kambouroglou in the late 19th Century who wrote about the spectacle of civil servants crying. The ministry of finance was overlooking the square at the time, and every time the government was changing, the employees were fired so that the new minister would hire his own. The fired civil servants were going to the square after getting the slip and were bursting to tears. 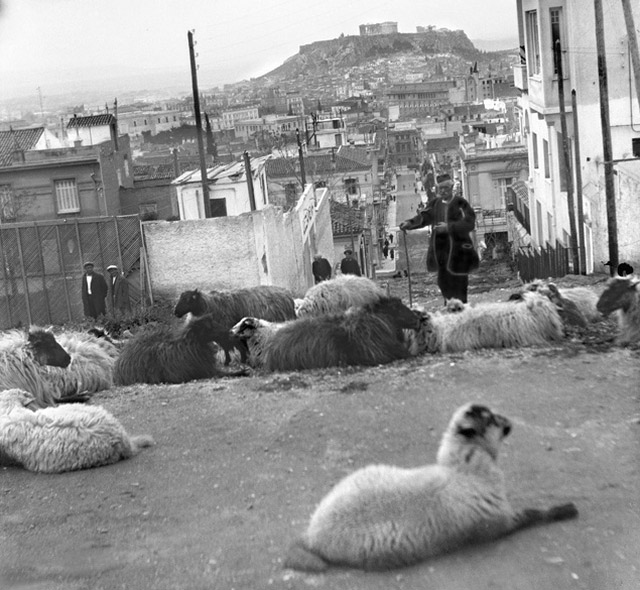 (Kolonaki)
Kolonaki (little pillar), the downtown neighborhood of the rich and famous, took its name from a stone landmark that existed until 1938 near Dexamenis Square and was then set up at the Filiki Etairia Square (or Kolonaki Square later).
Plaka, on the foot of the Acropolis hill, is mentioned for the first time in the anonymous note “About Attica” of the Paris Library, dating back to the 17th century. It mentions “various Albanian houses” in the area. First, in 1833, J. Hann observed that Plaka comes from an Arvanite (today’s Albanians) word (plak), meaning “old, aged”. As K. Biris writes, it is a “medieval name, which arose after the end of the 16th century, when there was a settlement of Arvanites outside the so-called Valerian Wall.