TechNews
GreekReporter.com entertainment Celebrities Usain Bolt Is Having the Retirement Party of his Life on Mykonos... 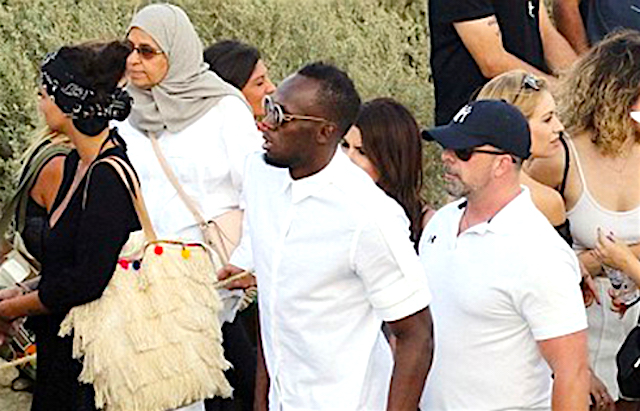 After marking his recent retirement with a number of consecutive nights out in London, Usain Bolt took the party to the stunning cosmopolitan island of Mykonos, Greece this week.

The Jamaican sprinter, 30, was flanked by a bevy of beauties, as he headed out for another evening on the tiles with friends. Usain Bolt partied as he hit up Mykonos Scorpios seaside bar with friends in the early hours of Sunday evening.

His sun-soaked break comes just a short while after Bolt partied up a storm in the UK, enjoying champagne-fuelled bashes at some of London’s biggest nightclubs, most recently DSTRKT.
The Jamaican sprint legend also shared a photo of himself posing with his companion on the beautiful Greek island.