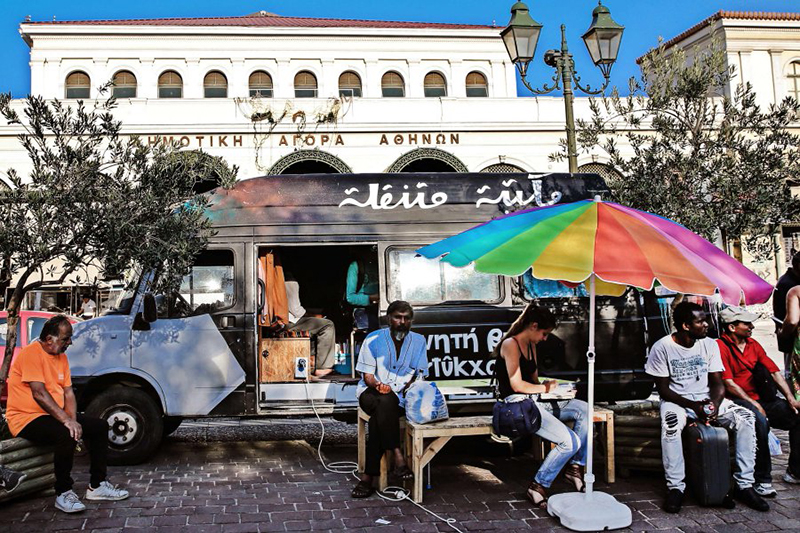 Two separate initiatives are in progress to help refugees fill the long hours of their day, by offering them multi-language books to read in their own languages.

One of them is Echo Refugee Library — a minivan fitted with shelves carrying over 1,000 books that does a weekly round of refugee camps in the greater Athens area, plus poorer districts of the capital where many refugees live in UN-rented apartments.

The books — in English, Greek, French, Arabic, Kurdish and Farsi — have been provided by donors in Greece, Belgium, Britain and Lebanon or purchased with money donated online.

Language dictionaries are also in demand, with many readers borrowing them to photocopy and keep close at hand.

In another part of the Athens center, a similar initiative draws Syrian and Afghan refugees to the offices of We Need Books, a volunteer group formed last year that also gives language classes in Arabic and French.

We Need Books has the largest collection of Farsi books in Athens, including over 150 titles sent directly from Afghanistan.