GRNews
GreekReporter.comGreeceFlashback to the Sinking of Legendary Greek Cruiser Elli in Tinos (video)

August 15, 1940, just after 8 am. At the waterfront of Tinos thousands of believers were preparing to attend the holly mass at the Church of the Dormition of Virgin Mary near the port.
The vendors had set up their stalls. Icons, prayer ropes, blessed water… Some sold buns and candied donuts. The cafes were already full of people.
People of all ages, young, elderly, men, women, young children were climbing up the small uphill towards the church of Evangelistria.
And then, at 8:25 a.m., peace is shattered. The Italian submarine Delfino fires three torpedoes at the Greek cruiser Elli at the port on the island of Tinos.
The Elli was anchored at the Cycladic island to join celebrations.
Two torpedoes hit the docks, but the third hit the Elli under one operating boiler. The ship caught fire and sank after about two hours. Nine petty officers and sailors were killed and 24 were wounded. 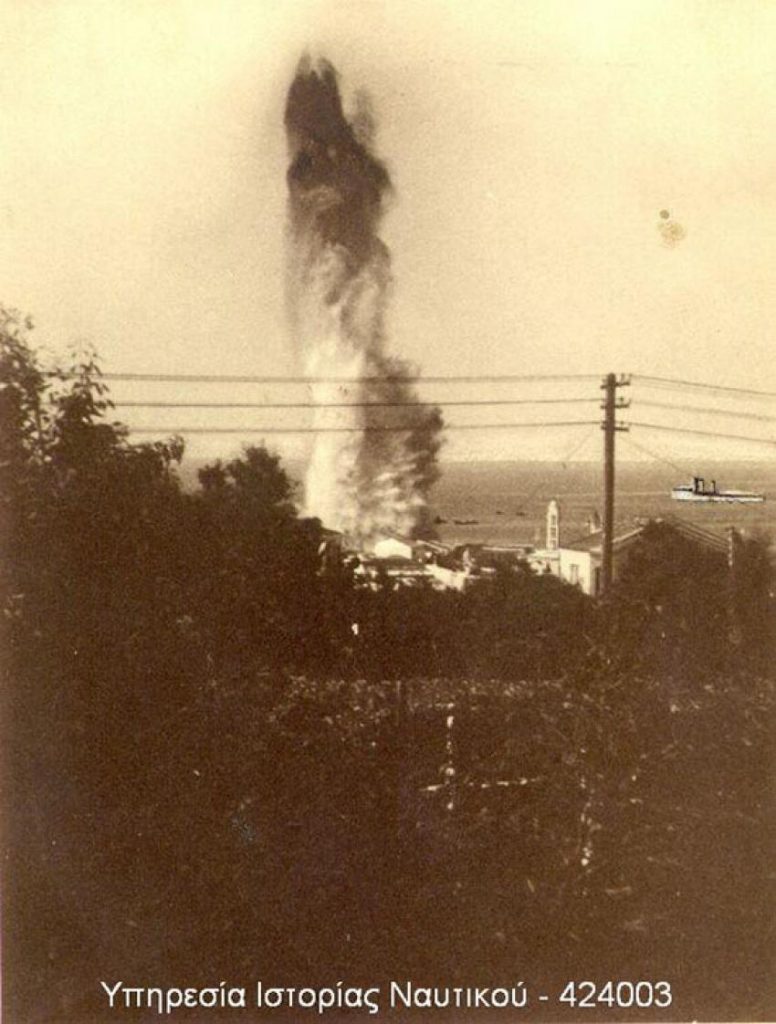 Minutes later, the Delfino fired at the passenger ships Elsi and Esperos but missed, and only a section of the port’s wharf was damaged.
The Greek government, trying to avoid a confrontation with Italy, announced that the nationality of the attacking submarine was unknown, although islanders said they knew the perpetrator.
The Greek government’s reluctance failed to prevent the Greco-Italian War two months later, when Benito Mussolini invaded the Albanian-Greek borders. The torpedoing of the Elli was the first act of World War II in Greece. 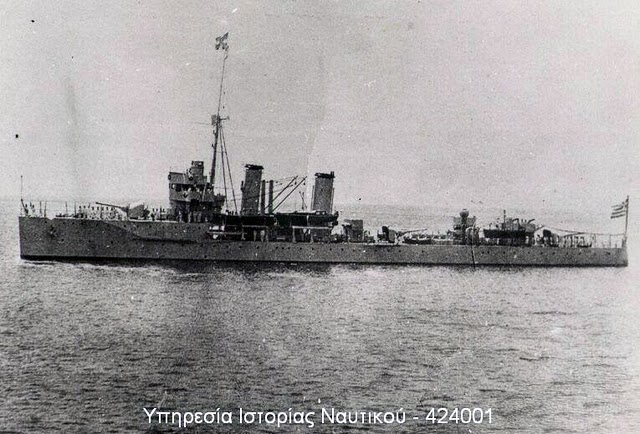 The 2,600-ton protected cruiser was originally ordered and built as the “Fei Hung” (Chinese for Flying Swan), by the Chinese government, but because of the Nationalist Revolution in 1912-13, the order was cancelled. Completed in 1914 by New York Shipbuilding, it was purchased by the Greek state as part of its program of naval expansion after the Balkan Wars.
The “Elli” saw action during World War I and in the Asia Minor Expedition. In 1920 it underwent a reconstruction in France, along with the armored cruiser Georgios Averof, and was fitted with anti-aircraft armament and the equipment to carry and lay 100 sea mines.
After WWII ended, Italy compensated Greece for the sinking of Elli donating the cruiser Eugenio di Savoia to Greece. It was renamed Elli and served the Greek Royal Army until 1973.
To commemorate the torpedoing of the vessel, islanders constructed a monument at the port. It represents the front of the warship, with the name Elli written in Greek letters.