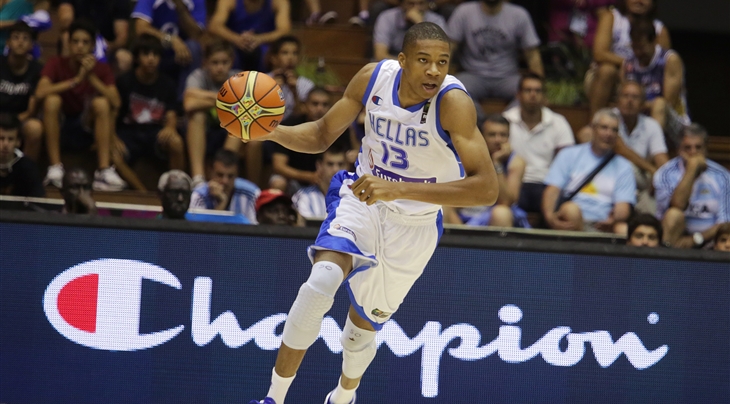 He is one of the most famous, well paid, internationally recognisable NBA stars in the world, but Giannis Antetokounmpo is primarily a very simple guy – not to mention a really good kid.
Giannis has never allowed fame, money, or status to make him forget his origins. Not only does he insist on playing with the Greek national team in each and every summer league, he also makes a point out of regularly visiting his humble Athenian neighbourhood, where he learned how to play basketball as a kid.
Taking a break from the Greek national team pre-season training (due to a minor leg injury), Giannis, along with his girlfriend and his younger brother, Kostas Antetokounmpo, boarded the local bus he used as a poor kid in the streets of Athens. 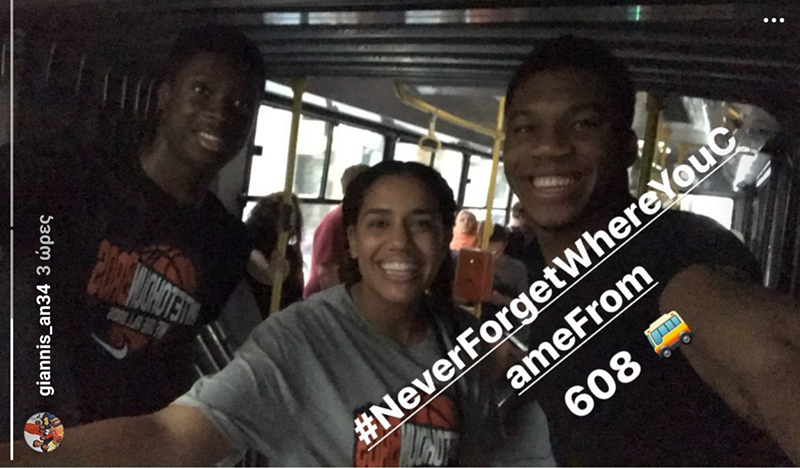 The Antetokounmpo brothers got on the 608 bus in the Athens suburb of Zografou, with Giannis posting a selfie on his Instagram account. And so that there would be no confusion concerning his message, Giannis used the hashtag “Never Forget Where You Came From.”
Giannis and his brother (Panathinaikos forward) Thanasis Antetokounmpo are expected to play with the national squad in the upcoming Eurobasket tournament, which starts on August 31.