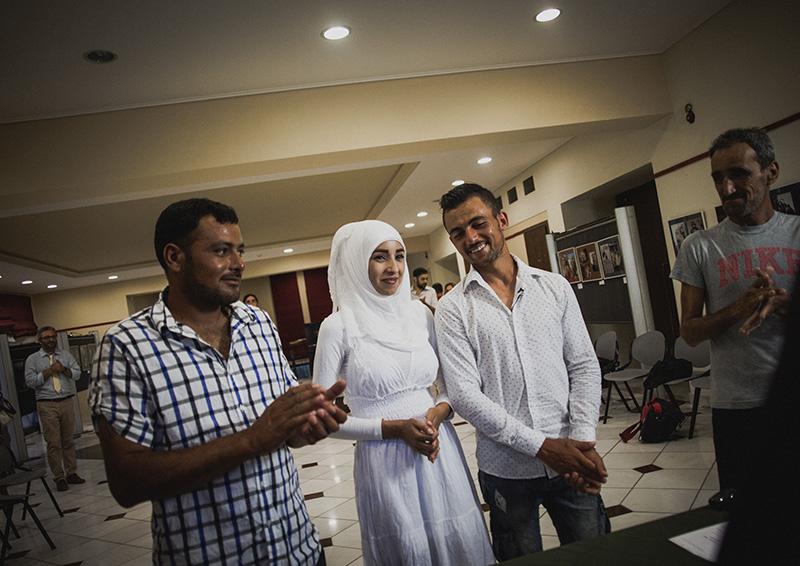 Having received an official recognition by a Greek county court of a right to receive a civil marriage license, two Syrian refugees were married in Lesvos island among friends and supporters of their cause.
Khaled, a Syrian refugee, and Noor, a Syrian asylum seeker, were officially married in the Mytilini municipality near the refugee camp where they first met and fell in love last year.
The ceremony was performed by the vice-mayor of Lesvos and attended by the civil registrar, the couple’s two witnesses, and members of the media. 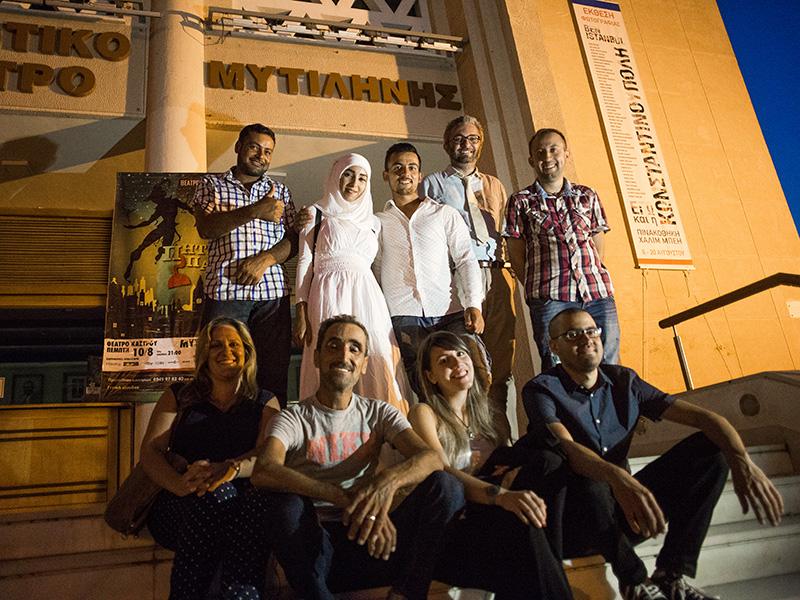 The two had previously been married according to their religious customs, but Noor’s application to marry Khaled, who unlike Noor had already been recognized as a refugee, was initially rejected by the Municipality of Lesvos due to some missing paperwork.
Official state recognition of their right to a family life, in light of Noor’s inability to provide documentation necessary for a civil marriage license, was an important step forward for the social and legal rights of the more than 60,000 refugees living in Greece.
On July 13, the county court ruled that in view of Noor’s ruptured relationship with her country of origin, failure to produce a certificate of celibacy and a birth certificate should not stand in the way of receiving a marriage license or forming a family.
As for Khaled and Noor, they are expecting their first child and plan to take it one step at a time as they work to build a peaceful life in safety.