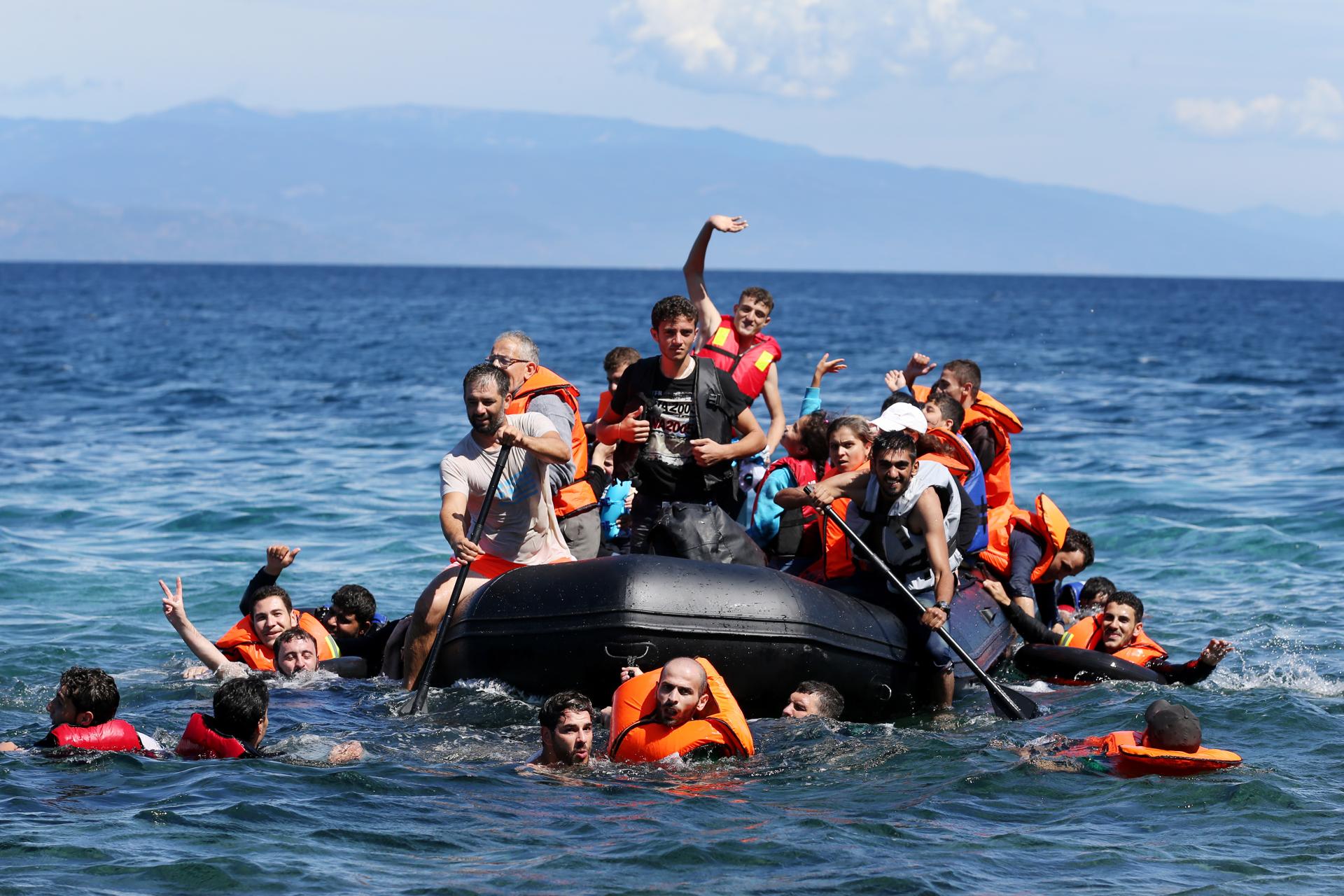 A court in southern Germany has convicted three Syrian men over the drowning deaths of 13 migrants off the coast of Greece, in Lesvos island, in September 2015.
Prosecutors accused the men of “professional smuggling of people resulting in death.”
The court in Traunstein, near the Austrian border, sentenced the 27-year-old main defendant to four years in prison, for organizing the boat that was to take Syrian refugees from Turkey to the island of Lesvos.
The boat struck a freighter shortly before reaching shore, killing 13 people. Two children are still missing.
Judges sentenced the man who drove the boat to two years in prison. A third man, who acted as a liaison for families, received a two-year suspended sentence.
The three defendants had come to Germany as refugees themselves.
Source: AP

Turkey charged on Tuesday that Greek fighter jets had “harassed” its research vessel Cesme while it sailed in the Northern Aegean.
Diaspora