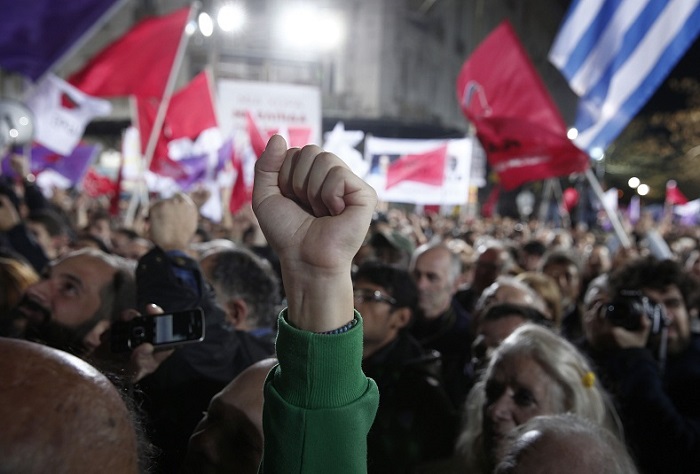 As a series of opinion polls show that the governing SYRIZA is trailing New Democracy by double-digit figures, the leadership of the leftist party seeks to limit the damage by trying to appeal to centrist political forces.
Having failed to pursue its anti-austerity agenda and reluctant to implement structural changes that could propel Greece towards a sustainable growth path, SYRIZA increasingly uses polarized language in the hope it can rally more anti-conservative forces and become the major party of centre-left in Greece in the post bailout-era.
The cracks that have appeared in the coalition government comprising SYRIZA and Independent Greeks (ANEL) have prompted calls for the leftist party to reassess its political partnerships.
Central to this strategy is an attempt to flirt with PASOK, now part of a larger coalition called Democratic Alliance (DHSY), which is in process of transforming itself into a single party, with a new elected leadership.
The socialist party, although deeply wounded from the implementation of the first austerity programme, still appeals to a sizeable chunk of the centre-left electorate.
Last week a prominent SYRIZA minister Panagiotis Kouroumblis, formerly of PASOK, raised the prospect of SYRIZA-PASOK alliance.
He said that “Andreas Papandreou’s party [PASOK} cannot be crushed by Mitsotakis’s [Leader of New Democracy] tough neoliberal policies. It’s only choice must be a broad radical anti-neoliberal front in cooperation with SYRIZA.”
His call was promptly rejected by PASOK.
MP Odysseas Konstantinopoulos said that Kouroumblis is a “political opportunist”. He added that conservative New Democracy will be restored to power because of SYRIZA’s policies.