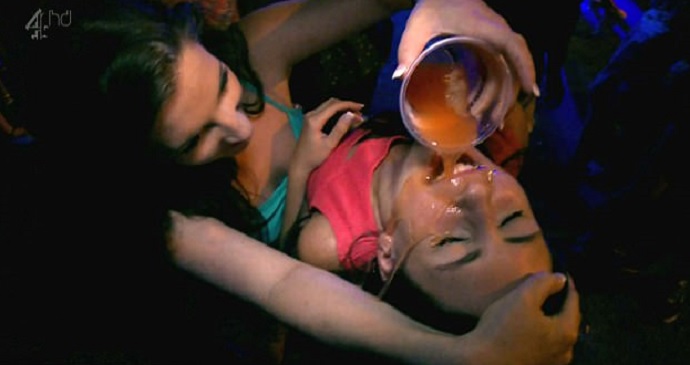 Following the example of Malia in Crete, another popular resort for young British tourists is taking measures to combat rowdy and drunken behaviour.
Kavos in Corfu island is a resort attracting young Britons, whose only purpose seems to be to drink as much as they can and to indulge in rowdy behavior under the influence of alcohol.
In a lengthy report from Kavos, the British tabloid Daily Mail writes that the souvenir vests hanging in the windows of the tacky gift shops proclaim the aim: ‘Made in the UK — Destroyed in Kavos.’
Plastic beer glasses, discarded fast food and the odd patch of vomit cover the main strip, with its brightly-lit bars and clubs pumping out high-decibel music.
Groups of bare-chested males and scantily clad girls amble along in search of the next drink. Others are slumped by the roadside, semi-comatose. 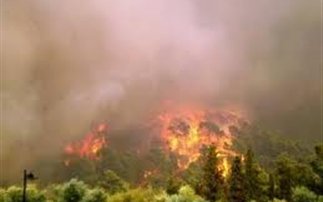 However, the town is determined to change its image. Already the police have a much more active presence, patrolling the streets and imposing severe penalties to bars and nightclubs that continue playing loud music until late in the night.
“It is not a normal holiday,” says Vagelis Aspiotis, president of the Kavos Cultural Association. “These kids just stare at the internet on their phones, use balloons and get drunk. We feel embarrassed for our town.”
It has been like this since tour operators realised there was big money to be made from shipping thousands of young Brits to Greece, Spain and Cyprus for coming-of-age flings.
And the fuel for this clubbing industry is alcohol, together with copious amounts of ‘party’ drugs.
“You can get anything in Kavos, if you ask,” says Yannis Kantas, who grew up in old Kavos and still fishes the waters in the strait separating Corfu from mainland Greece. “The big problem, though, is the drinking. Kavos has changed from the paradise it was when I was a child, into a dirty paradise — dirty streets, dirty beach.”
Kavos residents, who have long endured sleepless nights from the techno-music pumping through their walls until dawn, are only too relieved that action is finally being taken, says the Daily Mail.
They say that the late-night drinking culture has driven decent family-tourists away. Kavos used to boast 10,000 visitors at any one time in the peak season, but that number has now dropped to about 7,000 —and the number of young tourists has increased in proportion.