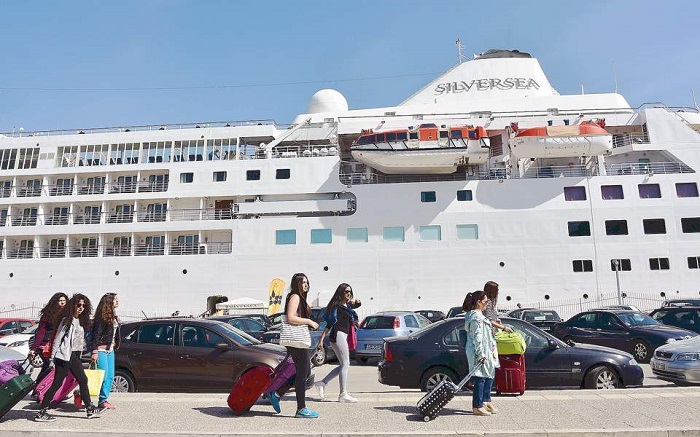 Cruise ship arrivals in Greece have dropped due to the continued political instability in Turkey.
According to Kathimerini news daily, passenger traffic at the port of Iraklio in Crete saw a 39.4% decline in passenger traffic with numbers dropping to 82,357 in the first six months of 2017 compared to 135,967 in the same period in 2016.
Meanwhile, 98,127 cruise ship passengers visited the south eastern Aegean island of Rhodes in the first six months of 2017, a 10.9% drop compared to the corresponding period last year.
According to Kathimerini, analysts estimate that cruise ship traffic at the island of Santorini, one of Greece’s most popular tourist destinations, will be 24% lower this August compared to the same month last year.
Analysts say that cruise operators have greatly reduced their routes to Turkey as a result of security concerns.
This has also resulted in a reduction of visits to Greek ports that served as intermediary destinations on the way to the Turkish coast in combined cruise schedules, Kathimerini writes.