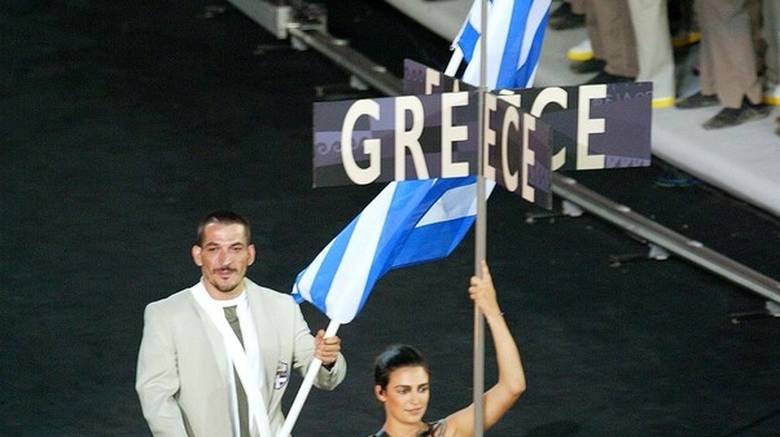 Pyrros Dimas, Olympic gold medalist and one of the greatest weightlifting champions of all time, has launched a scathing attack on the Greek government for its decision to change the selection process for flag-bearers in Greek primary school parades.
Last week the Ministry of Education announced that flag-bearers in school parades would be selected by drawing lot and not by their school achievements.
Dimas expressed his disagreement through an article published in the Kathimerini Sunday edition, where he argues that the selection should be dependent on merit and not luck.
“It is not right to select fag-bearers by drawing lots”, he writes.
And he continues: “I had the honor of being twice a flag-bearer of the Greek team at the Olympic Games. I was not going to accept [the honor] it if it was the result of chance. The position of the flag-bearer is, above all, that of the leader. (…) You cannot choose your leaders by lottery”.
“As long as we have school parades, the flag must be delivered to the best student. But that student does not need to always be the best in his/her studies. There are many areas of excellence, not just grades. A student with mobility problems, who has a greater weight on his shoulders than his classmates, is excellent. A student who successfully competes in athletics and does not have time for study, is excellent… A student whose parents do not speak Greek, who himself is not officially considered a Greek, yet he speaks, writes and feels like one of us, is also excellent. ”
Dimas, a three times Olympic Gold Medalist (in his fourth Olympiad and suffering from a knee injury he won the Bronze), and three times World Champion, has also served as an MP, elected with PASOK socialist party.