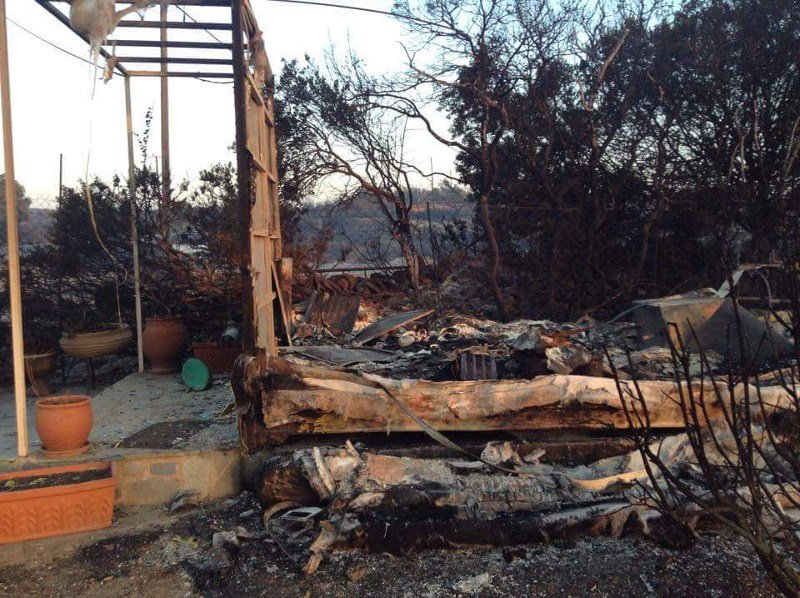 The wildfire is ranging on Kythira for a third day and a “state of emergency” was declared on Saturday, after four settlements had to be evacuated. One third of the island’s forest and low vegetation areas have been burned down. Power and water outages have been reported.
“It is a black day for Kythira,” mayor Efstratios Harhalakis told state news broadcaster ERT on Sunday morning. He estimated that at least 15,000 acres of forest and low vegetation have been burned down. He also left open the possibility of arson.
Four settlements were evacuated on Saturday, although the mayor said the residents returned to their homes when the fire in their areas was extinguished.
One fire fighter felt uneasy and was taken to the local hospital. There are power outages as the wildfire has burned electricity columns. Strong winds that constantly change direction make the work of the fire brigades difficult.
A force of more than 160 fire fighters have been struggling against the horrific wildfire that has burned down 1/3 of the island, while more fire fighters are expected on the island before the end of the day.
The state of emergency is for six months. The Minister of Agriculture is expected to visit Kythira on Sunday to talk with farmers, especially with beekeepers, about the damages caused by the unprecedented wildfire.