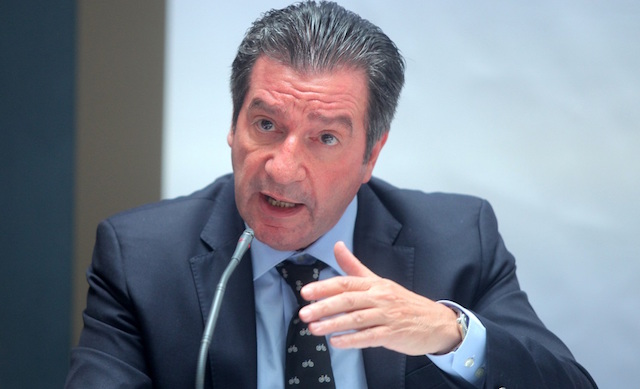 Athens Mayor Giorgos Kaminis has announced his intention to run for the leadership of the centre-left coalition party, Democratic Alignment, an attempt to gather all socialist-leaning parties under one coalition umbrella.
With procedural deadlines still a little sketchy, the Athens mayor plans on running for the party’s leadership in open elections, to be held probably in October. He will be facing strong favourite PASOK president and current coalition leader, Fofi Gennimata, along with some other candidates to be announced in the autumn.
“Kaminis is welcome to the battle, as is every candidacy that adds to, and doesn’t take away from, the effort to create a new movement of the center-left,” the party said in an announcement.
In the existing coalition, PASOK, the Democratic Left and some other minor partners have agreed to run together under the banner of Democratic Alignment. Attempts to include To Potami (The River) centrist party, as well as other high-profile centre-left figures, are under way.