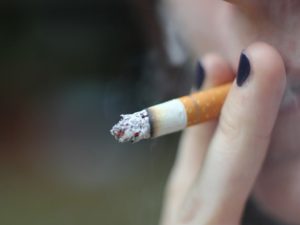 Greek-Australians east of Melbourne fear a new ban on smoking in outdoor dining areas will damage their cultural heritage. Brought in this week, the new ban is upsetting to the city’s Greek-Australian population.

From the first of August, Victoria rolled out a smoking ban in nearly all outdoor dining areas and that creates a challenge to the traditionally heavy smoking citizens of Greek descent. After all, how can a heavy smoker enjoy his hot coffee in the morning, without a tobacco draw or two?

It’s a remnant of life in Greece, transplanted to Oakleigh with the migrant influx of the mid-20th century.

To comply with the rules, some cafes have stopped outdoor food service for designated smoking hours, while those with the real estate have erected four-metre buffers between smoking and non-smoking areas.

Monash City Council Councillor Geoff Lake agrees the laws are confusing, and he’d like to see a blanket ban on smoking in all outdoor dining areas throughout the mall. Mr Lake says 75 per cent of the region supports the smoking ban, and he doesn’t expect any business in the mall to suffer as a result.

A debate about the smoking ban has been ongoing all over the country over the past month, with fans and opponents of the new measure bringing heated arguments both on radio shows and social media sites.