Good and Bad news for Greek Clubs in UEFA draw 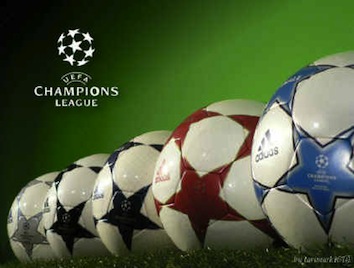 Friday’s UEFA draw for both the Champions League and the Europa League play-offs reserved both bad and good news for Greek football clubs. Four out of the initial five Greek teams (Olympiacos Piraeus, Panathinaikos, PAOK Salonika and AEK Athens) have qualified and will be competing in two-leg games for the European league play-offs in August.
Champions Olympiacos Piraeus will be playing the much weaker side Rijeka from Croatia in the Champions League play-off stage. The draw brought a sigh of relief to Olympiacos fans and management, given that the Piraeus club has recently failed to qualify to the Champions League group stage, defeated by seemingly weaker opponents.
Arch-rivals Panathinaikos will be facing a much bigger challenge against Spanish side Athletic Bilbao in the Europa League play-off stage. The Basque club may not be one of the top ones in the Spanish championship (Primera Division), still the quality of the Spanish league makes their mission to qualify in the group stage quite challenging.
The other two Greek teams competing in the Europa League play-off stage may consider their task manageable. AEK Athens will be playing against Club Brugge from Belgium, a formerly formidable side recently weakened, while PAOK Salonika will stand against Sweish club Östersund, virtual beginners in European competitions.
The first leg of the play-off matches for the Greek clubs will take place in August 15 to 17, with the second leg set for August 22 to 24.
Meanwhile, Thursday night’s Pananthinaikos and PAOK Salonika’s successful qualification matches, brought Greece’s UEFA ranking closer to the coveted 14th position. The country is ranked in Number 15, a mere 100 points behind Switzerland.