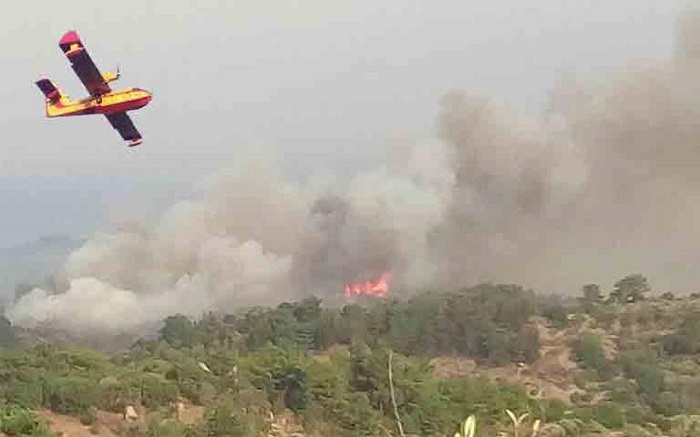 Firefighters and volunteers battled all night with the blaze in Lesvos.
By Friday morning the fire, which threatened to engulf the villages of Plomari, Trygona and Plagia, was under control.
“There is currently no active front,” Nicolaos Babakos, commander of the Fire Service of Lesvos, said.
He added, however, that according to preliminary investigations, the fire was the work of arsonists.
The fire fronts were erupting at a great distance from each other. “It’s intentional arson,” he said.
The fire burned two to two and a half thousand acres, in the area between Geras and Plomari.