Brazilian Travelling to Switzerland Ends Up In Greece 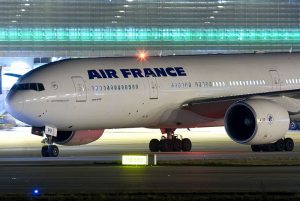 Air France passenger Ana Maria Bittencourt Marques got on the wrong plane last Thursday thanks to an incorrect boarding pass, and the mistake was not apparent until she landed in Greece.

A 45-year-old nursing assistant from Brazil, Marques departed from Paris’ Charles de Gaulle airport for a planned Copenhagen holiday. However, she was given a boarding pass in the name of another passenger bound for Greece.

In her rush to catch the plane, Marques didn’t notice the error, according to various published reports.

The gate agent who checked her boarding pass and passport apparently didn’t notice the mistake either.

It was only when Marques got off the plane at the end of the flight and saw Greek letters at the Athens airport, that the error became apparent.

For its part, Air France has confirmed the incident and said it’s investigating. It also immediately worked to get Marques to her intended destination, putting her on a flight to Copenhagen later that day.