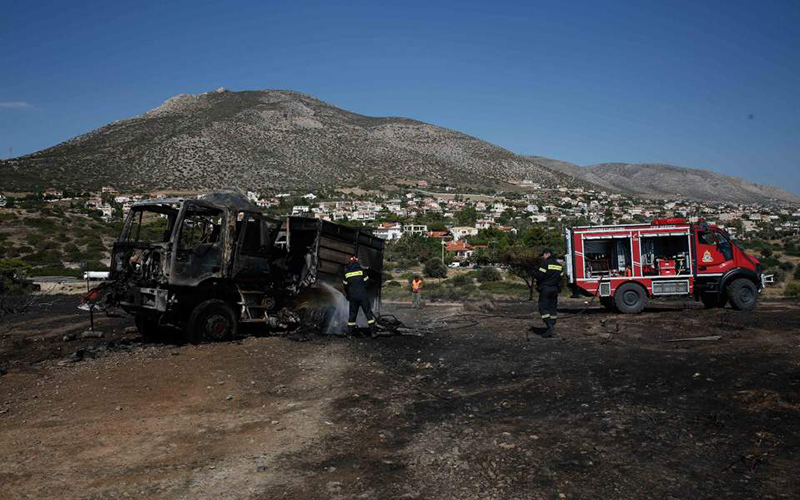 Three firefighters have been hospitalized with burns and local authorities have issued an evacuation order for residents near a seaside town south of Athens as a wildfire fueled by high winds threatened homes, but has now been contained, authorities said. 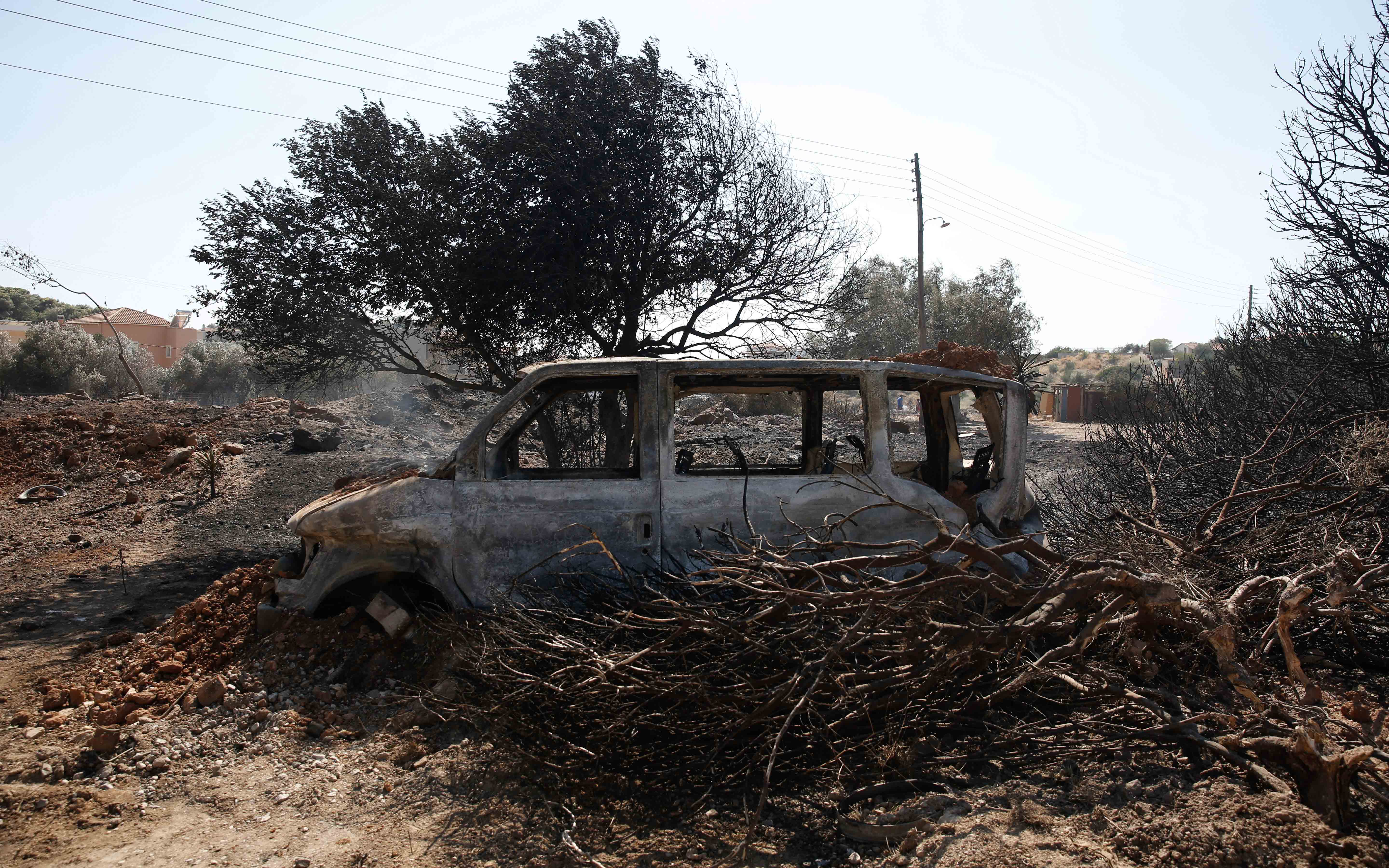 Around 40 firefighters, 20 fire trucks and two water-dropping helicopters battled the blaze, which locals say broke out around 1100 GMT (2 p.m. local) and was fanned by strong winds. Three firemen were lightly injured and two trucks suffered damage, a fire brigade official said. At least three homes were damaged by flames. 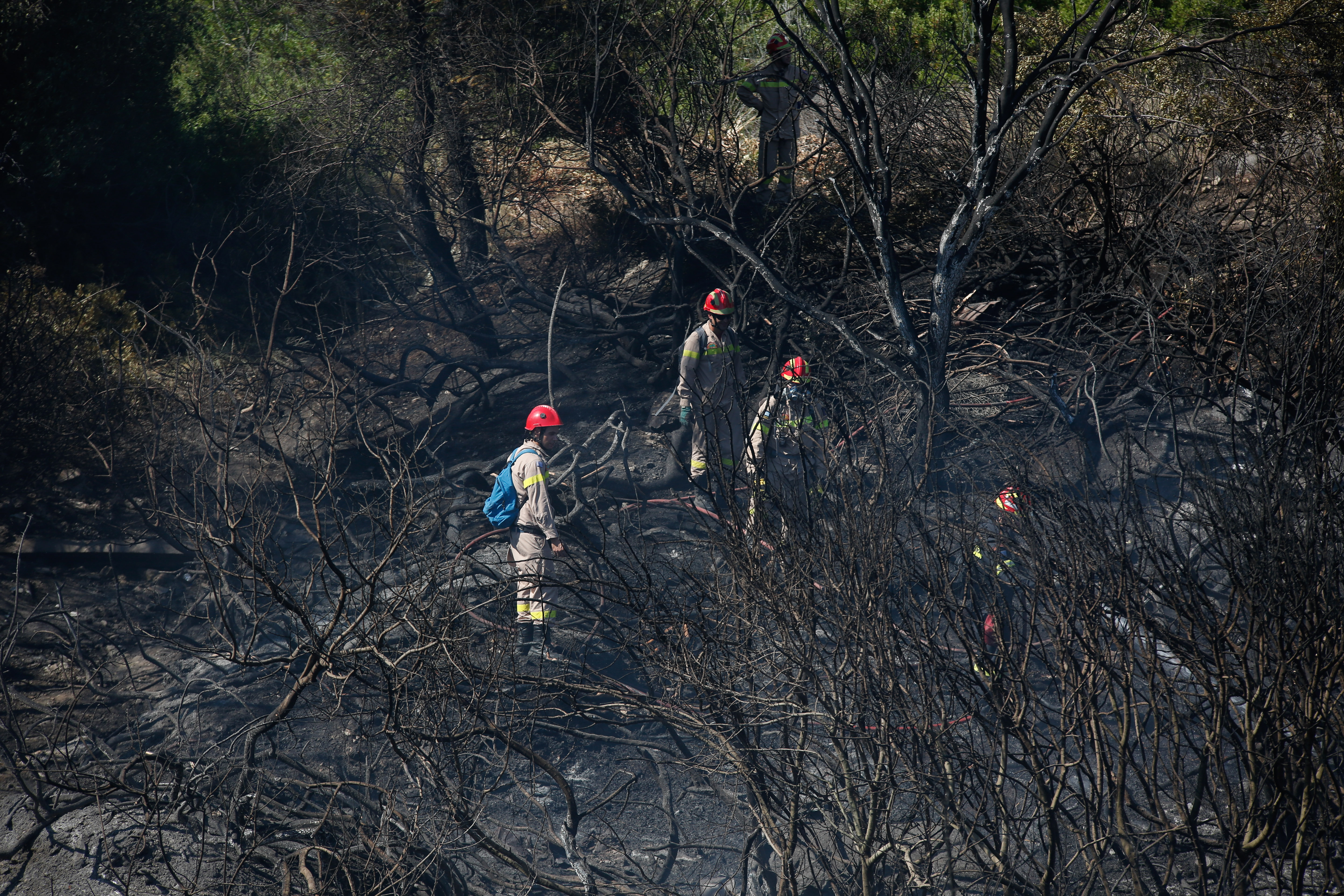 Winds up to 60 kilometers per hour (37 mph) were hampering the firefighting effort, while temperatures in the area reached 35 degrees Celsius. “The situation is difficult,” regional mayor Yorgos Sofronis told state television, adding that the fire was burning between residences. “The winds are strong.”
Summer wildfires are common in Greece. Hundreds died in 2007 during the most serious outbreak in decades.