Ioanna Triantafyllidou Premieres on US Television in ‘Swedish Dicks’

After quickly rising to prominence in Greece thanks to her run on the highly successful TV comedy “Min Arxizeis Ti Mourmoura” in Greece, Ioanna Triantafyllidou has moved to LA to continue to expand her acting career. She can now be seen in the upcoming TV show “Swedish Dicks”, premiering on August 9, among other US film and TV projects.

We spoke to Ioanna about her career in Greece, her move to Los Angeles, and what her experience has been like so far with acting and life in Hollywood. 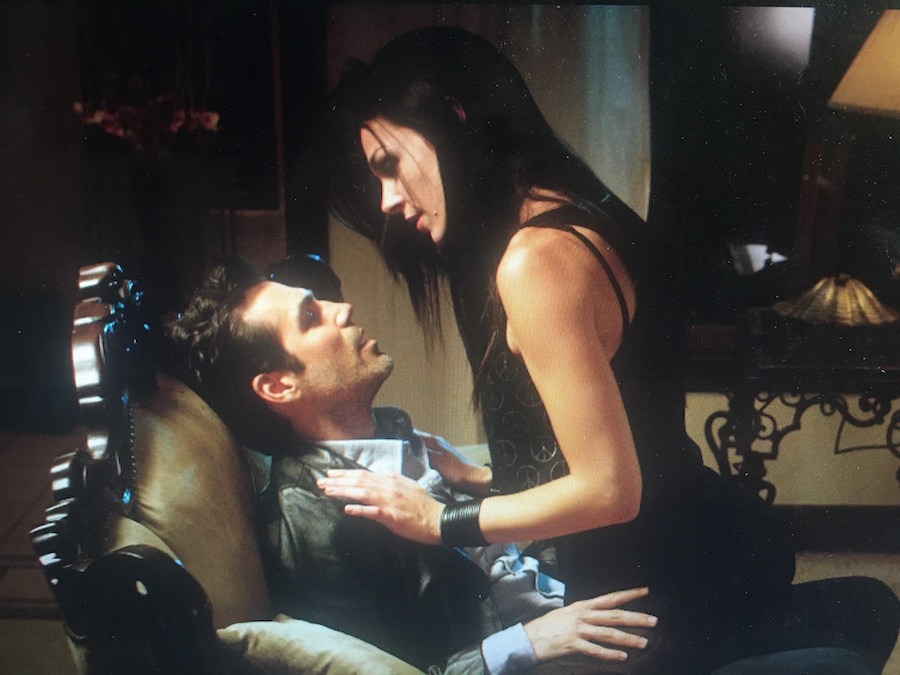 First of all, what was it like being a part of “Min Arxizeis Ti Mourmoura”, which turned into a huge TV success in Greece?

To start with, I think it was an incredibly brave decision by Alpha TV to make this series, especially at a time in Greece when scripted shows just aren’t being made as much anymore. Most channels don’t invest in these shows now, and I don’t just mean financially; obviously in a country in crisis there are limited resources to fund such a show, but I’m talking about having the idea and the willingness to develop such a project, from the production and writing up to the marketing of the series.

I always believed in “Min Arxizeis Ti Mourmoura”, but you can never be sure in the TV world what will end up succeeding, especially when the plot centers on a group of people in a house, and you don’t have effects or incredible landscapes to fall back on. Therefore, it was a welcome and very pleasant surprise to see how many people fell in love with the show and identified with the main characters; overall, it was an incredible few years for me, knowing that we were doing something original and beautiful that people came back to week after week and could relate to in their lives, not to mention the fact that we all had a great time filming the show.

Is there another project in Greece you remember fondly?

My experience on the show “Kapse to Senario” was truly humbling, because it was a pioneering concept as the first improvisational show on Greek TV. Being given the privilege of taking part in such a challenging project, with a live audience, and not knowing what might happen in each show was invigorating. I was also the only woman there, which is quite rare for an improv show in Greece or abroad – so for me it was a really interesting experience, challenge, and practice for my acting skills. I can’t thank Labrou

I was also the only woman there, which is quite rare for an improv show in Greece or abroad – I can’t thank Labros Fisfis, the creator, enough for betting on me as a woman to show that we can shine in an improv group and format.

What made you decide to come to the US after experiencing such success in Greece?

I had always dreamed of coming to the US, even back when I had just started planning to become an actress. Most of my initial stimuli and inspirations were from the world of film, especially US films, so the dream of coming to the US was always present in my mind. The positive and negative of always being busy in Greece was that I was not in a place to say, “Oh, I can leave for a long time now to try my luck abroad”. However, at some point, I realized that either I had to make the move or stop thinking about it because I couldn’t have this dream I just put off forever. Finally, I decided not to leave it as an untested dream, and make the long dreamt-of move.

So finally, I decided not to leave it as an untested dream, and make the long awaited move. 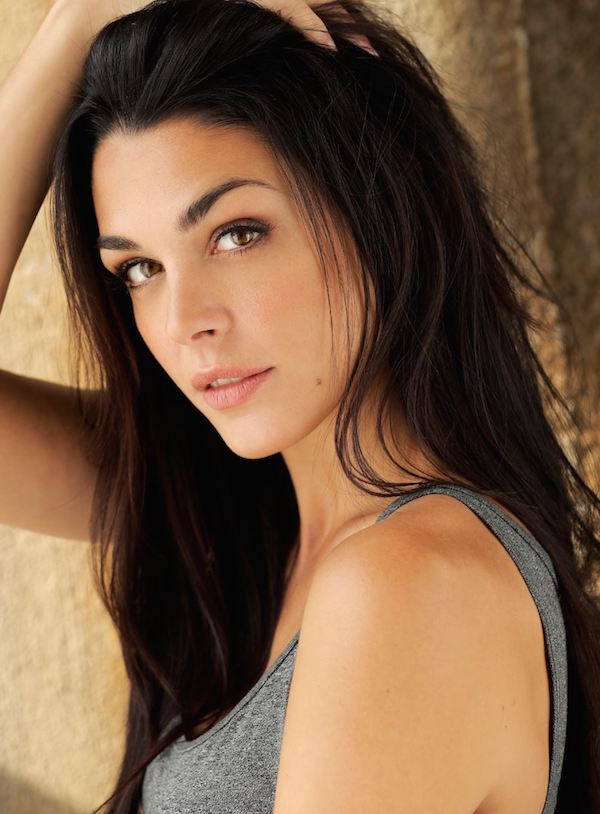 How long are you in LA and what differences have you seen in the life of an actor in Greece and the US (besides the larger market here)?

I have been in the US almost two years. To be honest, I can’t speak to the life of an actor in Greece and in the US, because in Greece I was always working and busy, while in the US I am still finding my way and I am on a different schedule.

The thing I love is that I can finally understand what the difference is for a person living in the US as opposed to Greece; the thing that still excites me and intrigues me is that feeling of the unknown, that you are coming to a country where people from all over the world are concentrated. I feel that the extent to which this country, especially giant cities like LA and New York, broadens your horizons, stimulates you is mind blowing. You develop so much as a person either via the cultural world of museums and theaters, or simply by striking up a conversation in a coffee shop with someone from a different background and culture to learn something new. I think this wide range of stimuli and large cultural library vastly expands your world as an actress.

Talk to us about your upcoming role on the show “Swedish Dicks”.

“Swedish Dicks” is a show that will be premiering in the US on August 9 on Pop TV, though it is already on TV in Sweden and has a huge audience in the northern European countries.

The show is a concept from the Viking Brothers; Peter Stormare and Johan Glans (a huge comedic actor in Sweden) star in the show, which is about two Swedish private detectives in LA who try to solve mysteries and end up getting themselves into hilarious situations.

It got massive attention in LA to the point where Keanu Reeves guest starred on a lot of episodes in the first season, and then it was bought by Lionsgate, so now it officially made its way to the US. I play a role in the second season, and it was an incredible experience due to the exceptional atmosphere on set and the great cast and crew involved.

Do you have a US director you have dreamed of working with?

You know what’s funny? Up until now, I would have a lot of names to tell you. But now that I am finally in LA, it seems like less of a dream and something I could really plan to achieve here. It still seems strange to me to be here.

That being said, to me Quentin Tarantino is an immensely talented and creative person, as well as a unique director. Every time I see a movie of his, regardless of whether I love the plot or not, I always admire the beauty of his execution and technique. Not to mention the fact that he always manages to imbue even the most dramatic situations with humor.

What other projects do you currently have coming up?

I completed a film called “Clyde Cooper”, which is a modern film noir slated to premiere in US cinemas in 2018, as well as a TV commercial for Geico [a still from the TV spot can be seen below]. 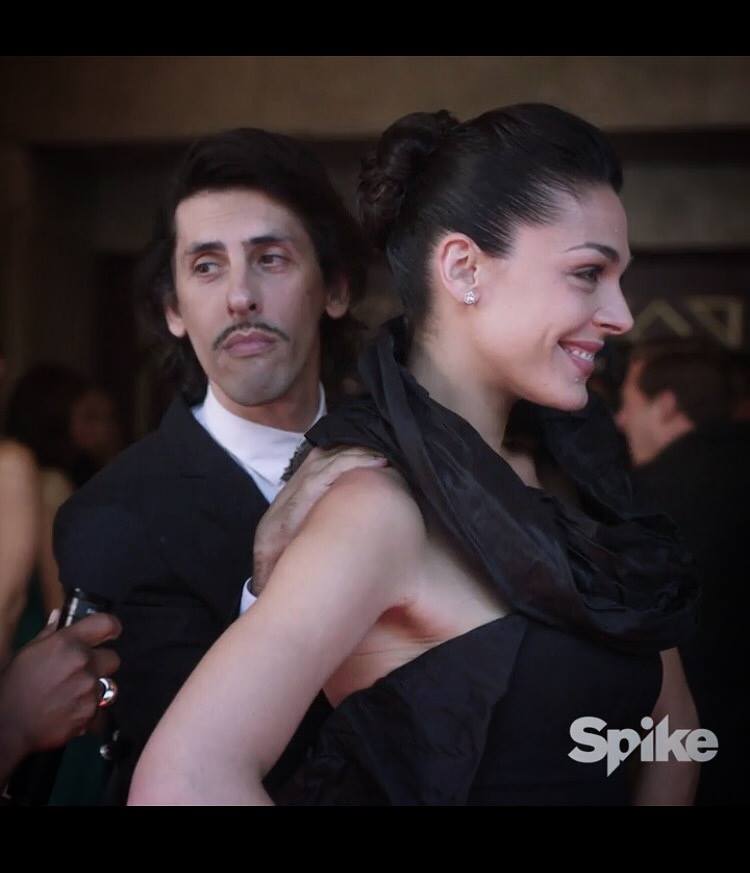 What would you tell foreign creative people to expect or prepare for when they come to LA?

Honestly, I am in LA a very short time, so I feel like I am still in a position to be taking rather than giving advice. The only thing I would say is, don’t go abroad to prove who you were back home. I see a lot of people do that, and if that’s the way you feel, I think it’s best to stay home. You can’t have any kind of ego based off what you have done in the past; of course, you must hold on to your training, your growth as an actor, your body of work and the wonderful connections you have built up until the point you leave, but you must also be open to a whole new experience in the US.

For me, the best thing about coming here is that I got back into the mindset of a student, and I am extremely grateful that I have managed to work with some amazing and respected acting teachers in the US.

Who are you studying with in Los Angeles?

I have been training with Bob Krakower in New York and Lesly Kahn in Los Angeles. I feel very lucky to have trained at the National Theater in Greece, and I certainly learned a lot from there, but due to the speed of this industry and this work, some things can become automatic, and it’s nice to get back into a place where you rediscover the joy of preparing a role and diving into a script.

If you want to see Ioanna on “Swedish Dicks”, tune into Pop TV on August 9 at 8 PM!