HRW: Huge Rise in Detention of Migrant Children in Greece 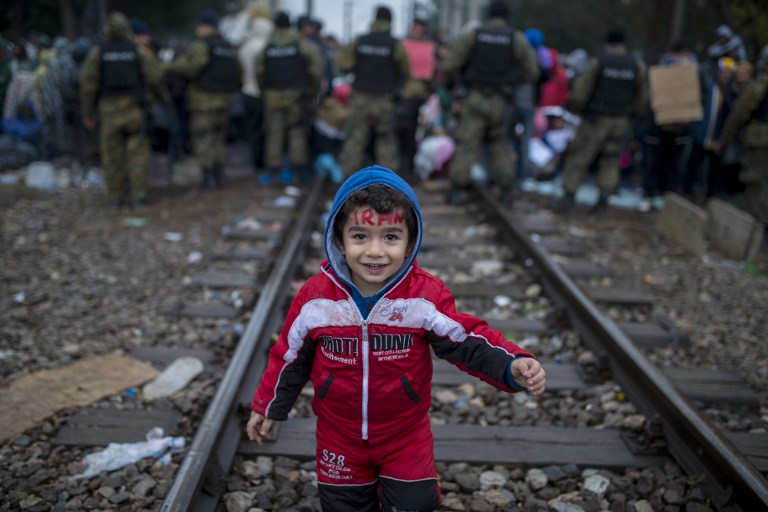 According to the National Center for Social Solidarity, a government body, as of July 19, 2017, an estimated 117 children were in police custody awaiting transfer to a shelter. That number is in stark contrast to November 2016, when only two unaccompanied children were detained. The Greek government should take urgent action to reduce the number of unaccompanied migrant children in police custody, Human Rights Watch said.
“Instead of being cared for, dozens of vulnerable children are locked in dirty, crowded police cells and other detention facilities across Greece, in some cases with unrelated adults,” said Eva Cossé, Greece researcher at Human Rights Watch. “The Greek government has a duty to end this abusive practice and make sure these vulnerable kids get the care and protection they need.”
Human Rights Watch research has documented the arbitrary and prolonged detention of unaccompanied migrant children in police cells and other detention centers, in violation of international and Greek law. Under Greek law, unaccompanied children should be transferred to safe accommodation, but Greece has a chronic shortage of space in suitable facilities.
Human Rights Watch also highlighted the fact that the decision by the European Commission to transfer responsibility and European Union funding for managing unaccompanied migrant children from nongovernmental groups to the Greek government is likely to exacerbate the shortage of suitable shelter space for unaccompanied children. Nongovernmental groups say that the shift means that at least five shelters for unaccompanied children in Greece will be closed.
While they wait for placement in a shelter, unaccompanied children can be held for weeks or months in overcrowded and unsanitary conditions, sometimes with unrelated adults, in small police station cells and detention centers where they have little access to basic care and services. Often, these children do not receive information about their rights or about how to go about seeking asylum. Many are experiencing psychological distress linked to the conditions in which they are held, as Human Rights Watch found in 2016.
Human Rights Watch has also documented, in a July 20, 2017 report, that fear of detention can deter children from registering as children with the authorities, and that the flawed age determination procedures in place compound the problem. These children are not seen or recognized as children, and outside of care arrangements, are particularly vulnerable to violence, exploitation, and abuse.
Human Rights Watch urged Mouzalas, who is responsible for migration policy, to take urgent action to find alternatives to detention for unaccompanied children. Greek law and practice should be adapted to ensure that children are detained only in exceptional circumstances and for the shortest appropriate period.