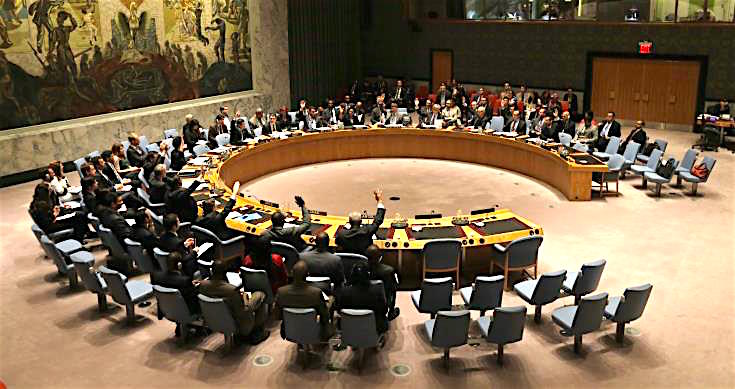 The UN Security Council adopted unanimously on Thursday a resolution, renewing for six more months, until January 31, 2018, the mandate of the UN Peacekeeping Force in Cyprus (UNFICYP).
According to the resolution, the Security Council welcomes “the progress of the leaders-led process since 11 February 2014 and the efforts of the leaders and their negotiators to reach a comprehensive and durable settlement,”, to note “the outcome of the Conference on Cyprus” and to encourage “the sides and all involved participants to sustain their commitment to a settlement under UN auspices.”
It also calls on the two leaders to “put their efforts behind further work on reaching convergences on the core issues,” and to “improve the public atmosphere for negotiation to secure a settlement, including by focussing public messages on convergences”.
(Source: CNA)