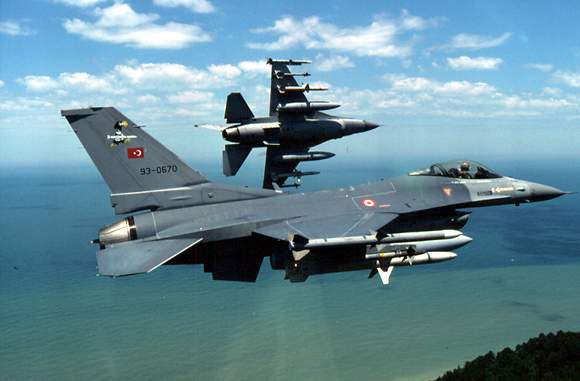 Two Turkish Air Force F-16s illegally entered the Athens Flight Information Region (FIR) and flew over the Greek islets Levitha and Mavria west of Kalymnos on Friday, the Hellenic National Defence General Staff announced.
The pair of Turkish F-16s entered the Athens FIR without submitting flight plans at 15:34, flying between the Greek islands of Samos and Chios. At 15:49 the two aircraft flew over Levitha at 26,500 feet and a minute later they were over Mavria, west of Levitha, at 26,000 feet. The two aircraft then exited the Athens FIR at 16:26 flying east of Rhodes.
The two Turkish planes were identified and intercepted by Hellenic Air Force jets.
Turkish aircraft had again flown over Mavria at 25,000 feet on June 14.
(Source: ANA-MPA)