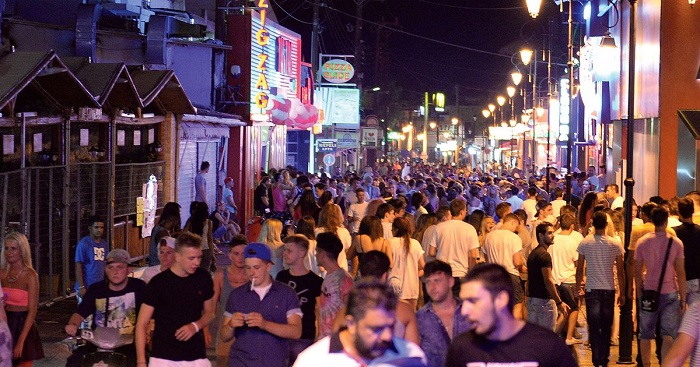 Hoteliers in Malia, Crete have become fed up with the unruly behaviour of young –mainly British – holidaymakers and are refusing to accept bookings.
Ninety-five per cent of the Greek town’s hotels have signed up to a plan to ban people who have opted in for the notorious 18-30 package deal.
Deputy Mayor of Hersonnisos, Efthymios Moutrakis pinned the blame on tour operators who sold holidays “where anything goes”.
He told the London Times: “We’ve given these tour operators a free hand in branding an image completely alien to what Malia is really about.
“Malia isn’t about sex, drugs and everything goes. It’s the prime tourist destination in Crete bringing in millions of euros to the island.”
Hoteliers believe they will be able to fill their rooms with families from Germany, the Netherlands and Austria.
One hotelier told the paper: “We have nothing against these kids and the British people as a whole.
“But these tour operators are operating on the verge of criminal negligence. With a whistle in their hands, they lead teenagers already in a state of drunken stupor from their hotels to organised bar crawls through as many as 17 nightclubs in the town.”
He said this boozy behaviour was turning tourists away according to Express.co.uk