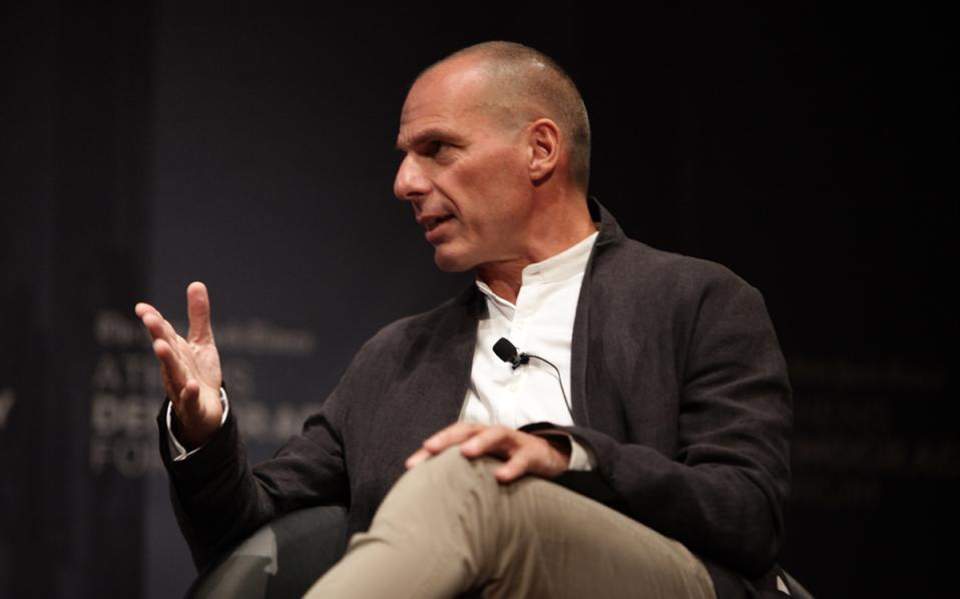 “The prime minister should apologize to Messrs. Samaras and Stournaras, or stop these offensive celebrations,” former Greek finance minister Yanis Varoufakis said.
Varoufakis issued a statement on his personal website after the Greek government announced the issuance of five-year state bonds on Monday, the first after April 2014.
In his commentary, the former minister reminds readers that in 2014, when still in opposition, Alexis Tsipras had condemned the New Democracy-PASOK coalition and prime minister Antonis Samaras for tapping the bond market. At the time, Tsipras had accused that borrowing from the markets was only fireworks and that the yields would only benefit the foreign banks and investors. Tsipras, as opposition leader, was saying that borrowing from the markets would only sink Greece deeper into debt.
Varoufakis claims that today Tsipras is repeating the Samaras move, with the difference that “the Greek state is now even more bankrupt.”
“For a bankrupt state, borrowing from the markets is a shame rather than a cause for citizens to celebrate,” the economist says on his website. He also refers to a commentary that he wrote in April 2014, saying that the bond that Bank of Greece Governor Yiannis Stournaras had issued at the time was a simple firework to convince Greek people that the economy was recovering, when the bonds would in fact add to the debt.
“Oh, the irony!” Varoufakis writes. “Today, we have new fireworks, the new effort to sell bonds of an even more bankrupt Greek state (than in 2014, due to the cumulative impact of the recession-debt crisis), is based on the rollover (a three-year extension, precisely) of the same Mr. Stournaras’ bond!”
“Common sense dictates that the government and the prime minister either have to publicly apologize to Mr. Samaras and Mr. Stournaras or to stubbornly say that the rollover of the Stournaras bond does not help the country’s escape from being a debt colony. You don’t have a third choice, Mr. Tsipras!”