GRNews
GreekReporter.comGreeceLoving Dad Carries Disabled Daughter on His Back in Samaria Gorge (photos) 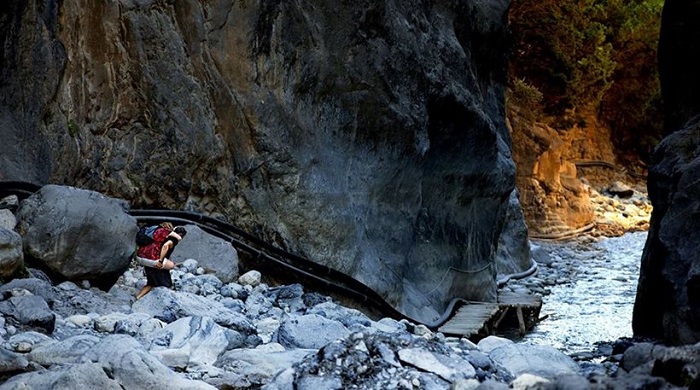 A local man captured on camera the extraordinary story of a Greek American and his disabled daughter as they struggled to cross the imposing Samaria Gorge in Crete.
Manolis Papadakis came across the two strangers, Manolis and Sophia, at the last plateau before the end of the gorge.
Writing on Facebook, he describes the amazing scene he encountered.
Sophia was sitting on a bench and Manolis was walking around on the plateau as if he was trying to retain his stamina.
“How long is it until the exit?” Manolis asked with a foreign accent. “An hour or so,” I replied.
The dad gave Sophia a piece of fruit and urged her to continue the journey before it becomes too hot. 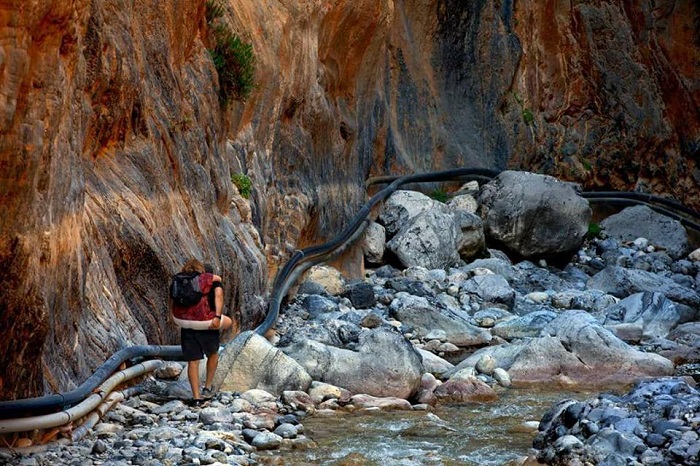 He then tied a backpack on her, lifted her up on his back and off they went.
I asked them whether I can offer any help. Just take photos, the dad said.
Before they disappeared from view, Sophia could be heard giving advice to her dad on how to avoid sharp rocks.
They came all the way from America to visit Crete and cross the gorge, even though they knew there were no facilities for the disabled, Manolis Papadakis says.
The gorge is 16 km long, starting at an altitude of 1,250 m at the northern entrance, and ending at the shores of the Libyan Sea in Agia Roumeli.