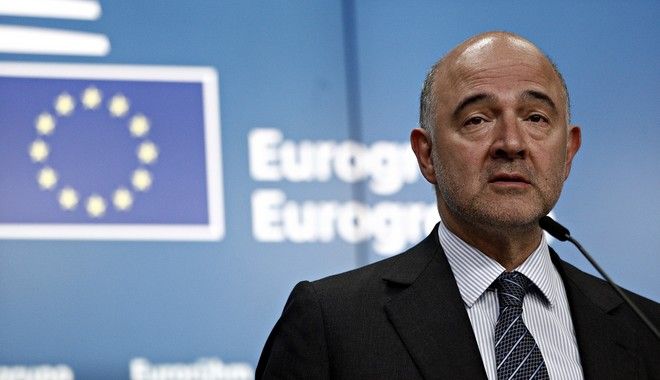 The International Monetary Fund’s approval of a one-year 1.6 billion euros loan for Greece was a “very positive signal for the markets,” the EU’s Commissioner for Economic and Monetary Affairs, Pierre Moscovici, told AFP on Friday.
“The decision taken by the IMF is very good news. It’s another positive indicator of the return of confidence by Greece’s international partners. And it’s a very positive signal for the markets,” Moscovici said after a deal between the IMF and Greece was reached late Thursday.
Under the terms of the deal, the IMF will not actually release any of the funds until the eurozone agrees on a debt relief plan, in what was seen as a highly unusual compromise step.
Moscovici said this would pave the way for more investments in Greece which would be good for its economy.
The approval in principle means the loan “will become effective only after the Fund receives specific and credible assurances from Greece’s European partners to ensure debt sustainability, and provided that Greece’s economic program remains on track,” the IMF said in a statement.
Nevertheless, “the IMF’s participation opens the way to a future pay-out, certainly less than the Europeans, but welcome nonetheless and helpful for the Greek economy,” Moscovici added.
The Commissioner is scheduled to go to Athens on July 25 for talks with Greek Prime Minister Alexis Tsipras and his finance minister, Euclid Tsakalotos.
Source: AFP