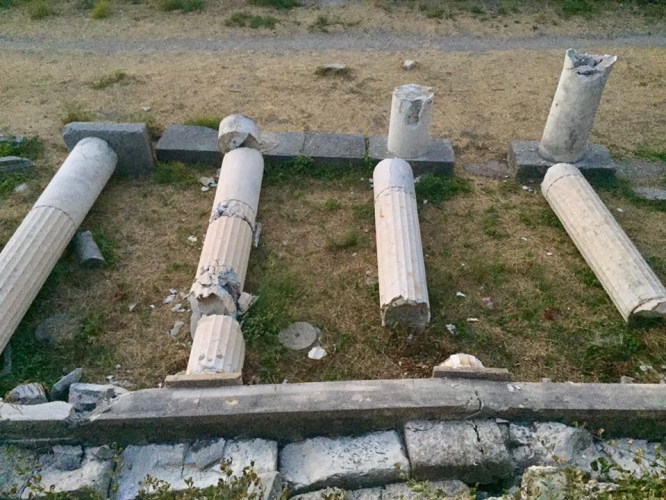 There has been damage to monuments and archaeological sites on Kos as a result of the strong earthquake that shook the island in the early hours of Friday morning, a team of archaeological service experts sent by the culture ministry reported.
The inspection revealed damage to sites around the town, the castle and the Ottoman mosques, the team said, announcing that preliminary protection measures will be taken and the monuments restored after due study.
“For this purpose, a Central Service team from the Byzantine and Post-Byzantine Monuments Restoration directorate will go to Kos on Saturday and Monday in order to assess the situation and finalize the actions [that will be taken],” a culture ministry announcement said.
The tremor also caused the movement and damage of exhibits, especially pottery, at the island’s archaeological museum and this will be temporarily closed until the damage is restored, the ministry said, along with the Casa Romana monument on the island. For the more contemporary monuments, there will be collaboration with the Kos municipality, the ministry added.
The archaeological site of the Kos Askleipion will remain open, however, and for the period when the museum and the Castle on Kos will be closed, the culture ministry is arranging to open to the public certain archaeological sites that were previously closed to visitors.
The culture ministry team sent to the island included the ministry general secretary Maria Andreadaki-Vlazaki, the supervisor, engineers and conservators from the Dodecanese Antiquities Ephorate, as well as the head of the Newer Monuments Service for the Dodecanese. They inspected the medieval Castle Nerantzia, the Casa Romana, the Hanji Hasan Mosque, the Nefterdar Mosque, the medieval fortifications, the archaeological museum and warehouses and the other monuments and sites in the town of Kos.
(Source: ANA-MPA)