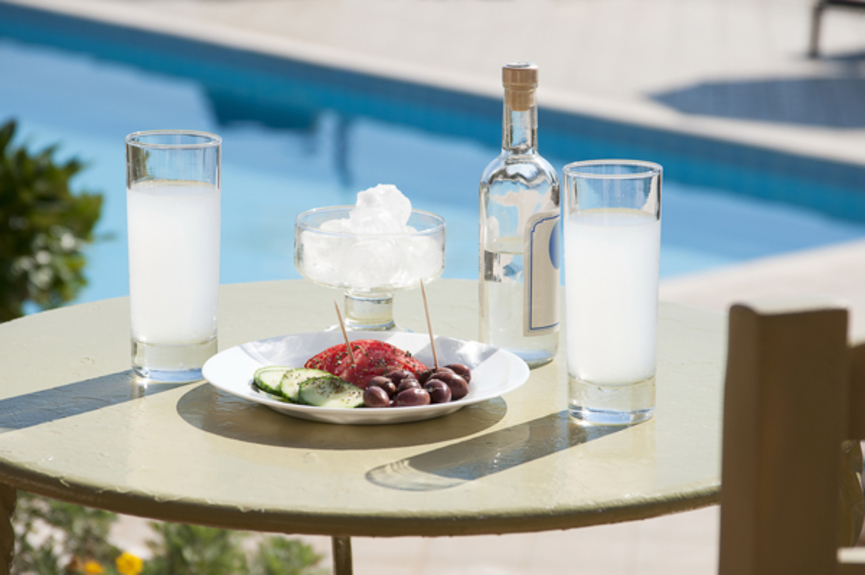 Germans drink almost twice as much ouzo as Greeks, who now seem to turn to tsipouro; meanwhile ouzo exports to the Middle East are increasing, according to spirits industry data.
Germany, has become the strongest ouzo importer in Europe in recent years. Germans consume 1.3 million cases (containing 12 bottles of 0.700 liters) per year. Similarly, ouzo is becoming increasingly popular in the Middle East market.
At the same time, ouzo consumption in Greece is dropping, at about 800,000 cases per year. It should be noted that until recently Greece had a significantly higher consumption rate compared to Germany, with sales of over 1 million cases per year.
The causes of the drop in ouzo sales in the domestic market are attributed to tax increases and to the flourishing of illicit trade in spirits such as tsipouro. Traders of illicit tsipouro in bulk transport ouzo in bulk as well.
On the other hand there is a shift in domestic consumers to the less costly tsipouro in bulk versus ouzo. In this context, foreign markets are considered to be almost the only way for several firms in the industry, considering that ouzo accounts for almost 70% of spirits exports.
However, Greek ouzo is facing the threat that other European countries can proceed with the production of ouzo. A possible vote on the revision of the European Regulation on Spirit Drinks could lead to the lifting of the restriction of the obligation to bottle ouzo within the geographical area of ​​origin, which involves the risk of Greek spirits, Ouzo and tsipouro, to be moved in bulk to foreign markets to be bottled there.
Industry experts say that such a regulation might pave the way for full production of ouzo, tsipouro, mastic, etc in any country in Europe. Distillers could produce spirits called “Greek type ouzo” or tsipouro. This way, traditional Greek products might lose their market power.