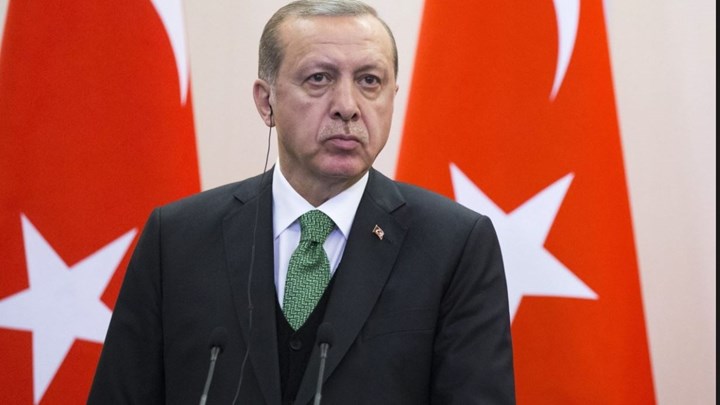 Turkish President Recep Tayyip Erdogan on Thursday spoke about the “plights” and “suffering” of the Turkish Cypriot people on the 43rd anniversary of Turkey’s invasion to Cyprus.
Erdogan sent a message of congratulations to Turkish Cypriot leader Mustafa Akinci on the occasion of the anniversary of Turkey’s invasion to Cyprus, on July 20, 1974.
“Now no one should expect Turkey to remain a spectator as the Turkish Cypriot people are suffering because of the perpetuation of the impasse and facing restrictions that have no legal basis,” Erdogan said in the message.
The Turkish president declared that the Turkish Cypriots have demonstrated on all occasions their belief in peace and their will to find a solution to Cyprus’ division. Despite the constraints they face, Erdogan said, Turkish Cypriots have also demonstrated the importance they attach to the principles of democracy. In this way they are able to deal with any kind of problem.
Regarding the recent, failed unification talks between Greek Cypriots and Turkish Cypriots with the mediation of UN Secretary-General Antonio Guterres, the message of Erdogan to Akinci also said that, “In your honest attitude and your goodwill, the Greek Cypriot side responded with intransigence. Unfortunately, for that reason the Crans-Montana Conference in Switzerland did not work and the negotiation process did not lead to a solution.”
As in the past, the message continues, Turkey will continue to be on the side of the Turkish Cypriots in the future. “Turkey will be the guarantor of peace, freedom and stability on the island of Cyprus and the Eastern Mediterranean.”