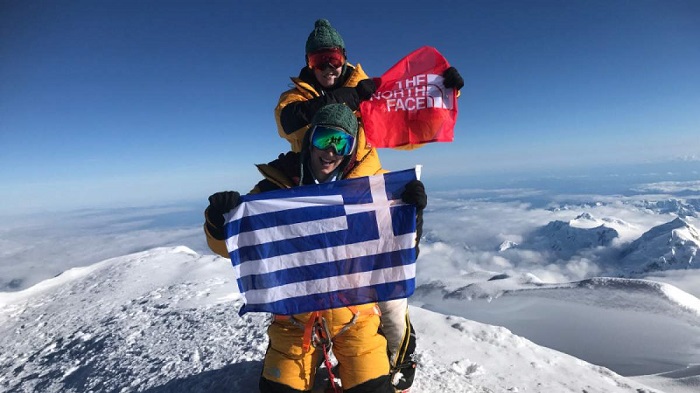 “Climbing a mountain needs a soul, not power,” says Christina Flambouri, one of the two Greek mountaineers who climbed the highest mountain of Alaska.

The two women managed to plant the Greek flag on the peak on July 4. Denali is regarded as one of the most difficult challenges for mountaineers. 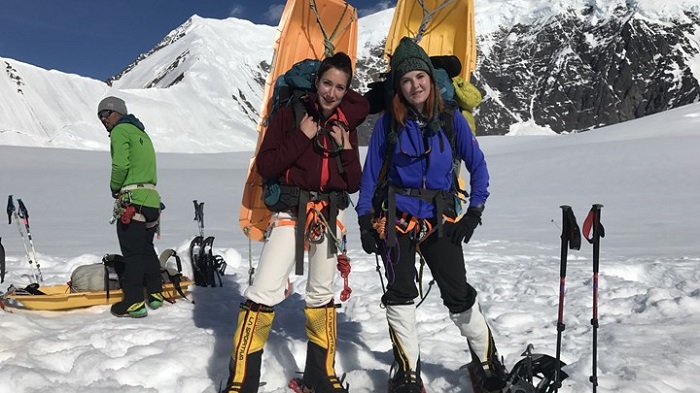 In an interview with ANA-MPA, 29-year-old Flambouri says that her love for climbing arose out of stubbornness and her will to overcome her fear of heights. “No matter how strange it sounds, it all started because I was afraid of the heights,” she says.

Flambouri, who works and at the same time studies Business Administration, adds that climbing requires “perseverance, love of what you do, hard work and discipline in preparation.”

“Denali is in the same category of difficulty as Mt. Everest. It’s not so much the height but other technical difficulties. Each one had to carry equipment weighing over 40 kilos and I am 55 kilos. This climb could deter many women mountaineers,” she adds.

She described harrowing moments, including the injury of team-mates in falls that luckily were not too serious, and said the experience had left her with a “bittersweet” sense of accomplishment on her own account but also disappointment that so few women were following her lead.

“Due to the crisis, some stop daring but we must chase after our dreams,” she said, revealing that her own dream is to finally scale all seven of the highest peaks in the world: “So far I have done four — Elbrus the highest mountain in the Caucasus and the highest point in Europe, Kilimajaro in Africa, the Andes in Argentina and Denali in N. America.”

That left Everest, Vinson in Antarctica and Mount Wilhelm in Papua New Guinea but those trips would require “a great deal of money,” she added