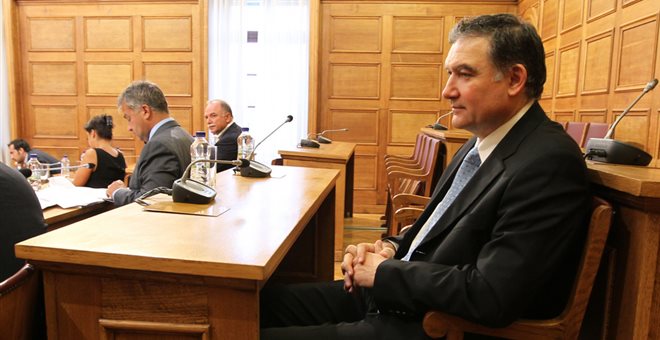 The case of Andreas Georgiou, the former head of Greece’s statistical service (ELSTAT), will be re-opened despite the fact that it has been twice dismissed by an Appeals Court.
On Wednesday, Supreme Court Prosecutor Xeni Dimitriou ordered the reopening of a case that has become a touchstone for relations between Greece and its creditors.
Georgiou was acquitted of the charge that he had artificially inflated Greek budget deficit figures in 2009 to force the country into an international bailout. The European statistical service, EUROSTAT, has repeatedly assured that Georgiou applied correct procedures.
Now the issue will have to be discussed again by judges in the Athens court of appeals. According to sources, Dimitriou found legal cause to order the reexamination.
As Kathimerini points out, the Georgiou case has long been a thorn in the Greek government’s negotiations with creditors, who demanded that the issue be settled and Georgiou’s legal costs paid by the state before the latest review of Greece’s compliance with the bailout agreement was completed.
The issue seemed to be settled and the latest tranche of bailout money was released earlier this month, only for the latest twist in the saga on Wednesday, the paper reports.