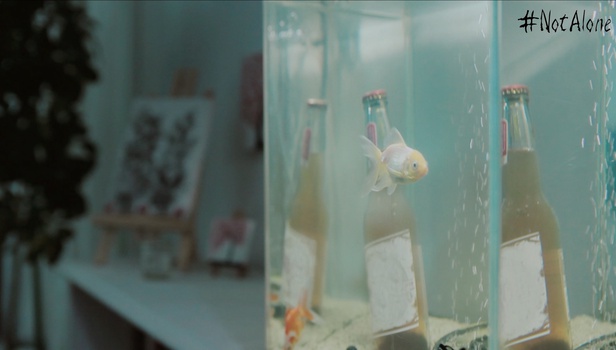 A Greek short-length horror film will participate in Comic-Con International that will take place in San Diego, July 20-23.

“#Not Alone” by Sotiris Petrides and Dimitris Tsakaleas has been selected to be one of the ten films that will compete this year for the best horror film award.

The story of “#NotAlone” is about a young woman who, while alone at home, decides to upload a photo of herself on the internet. She soon realizes that she is not alone, as a threat lurks close to her.

The five-minute film has already had a successful run in festivals in Greece and abroad. See video below: