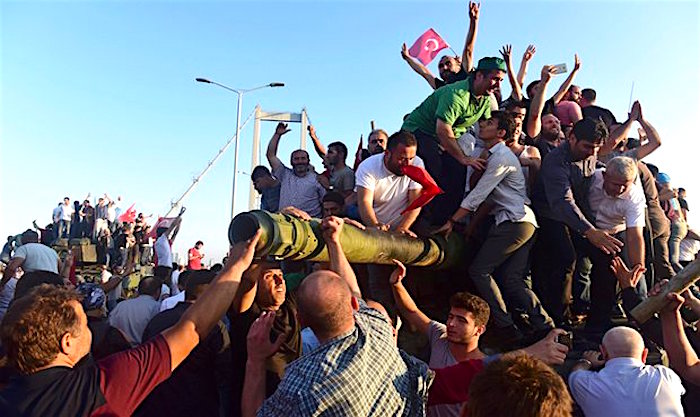 “Greece was one of the first countries to vigorously condemn the attempted coup and offered the Turkish people and its government its unwavering support to their struggle to defend the constitutional order and democracy,” Deputy Foreign Minister Yiannis Amanatidis said on Saturday representing the Greek government to an event held at the Turkish Embassy in Athens.
“We are still on your side, showing full solidarity,” Amanatidis underlined.
The Deputy Foreign Minister noted that Greece has always been firmly committed to a stable and democratic Turkey, with which it will continue to work closely not only to further improve our bilateral relations but also to promote peace, stability, democracy, prosperity in the wider area as well as in the fight against terrorism.
“We firmly believe that actions speak more than words and in this spirit we sincerely support the friendship and cooperation of our people,” Amanatidis noted and added: “In a challenging period, we firmly support the progress of Turkey’s accession process in the EU, as well as the efforts to accelerate reforms and democratization.”
(Source: ANA-MPA)