Gyaros: The Forgotten Aegean 'Island of the Devil'

During the military dictatorship Gyaros was a place of exile and torture. Today, the small Cycladic island exudes a sense of fear and complete abandonment, says a report in Deutsche Welle (DW).
Following the Civil War (1946-49), the island which even from the ancient Roman times was a place of exile, continued the grave tradition. 20,000 people, mostly communists and other dissidents were exiled to Gyaros.
Officially it was a kind of reformatory, where the unruly would be transformed to “real Greeks” by the use of various punishments. In fact, it was a place of forced labor and torture. Some characterized it as a concentration camp on Greek soil, as the island of the devil.
“The architecture of the prison areas is clearly reminiscent of the sites of Nazi concentration camps,” says to DW Kostas Katsimbinis, a lawyer who 17 years ago founded the “GYAROS-HISTORICAL MEMORY” Association, aimed at preserving the historical memory of the island.
Looking back in the early post-war years, Katsibinis says: “It is no coincidence that the Greek and international press at that time called Gyaros the Dachau in the Mediterranean.”
He adds, that the detainees themselves were forced to build the main prison and other auxiliary buildings in the island, and “all this under inhumane living conditions “. 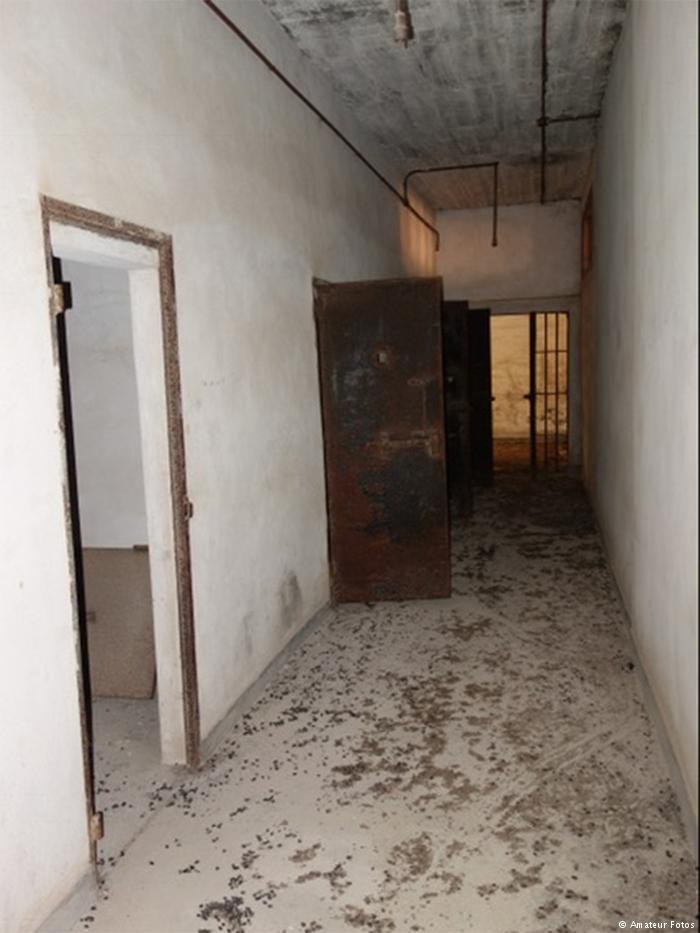 In 1952, as soon as the prison was completed, it was abolished. This is because of the outcry from the international community and protests by the UN. The Greek authorities were forced to transfer all prisoners to prisons in the mainland of Greece.
However, during the dictatorship (1967-1974), thousands of dissidents were again exiled to Gyaros. For the first time among the prisoners were women, even in pregnancy.
Junta’s lies exposed
According to Katsibinis, the most famous prisoners of Gyaros included the former Foreign Minister of PASOK (1981-1985) Yannis Charalambopoulos and the poet Yiannis Ritsos.
The dictatorship was denying everything that happened in Gyaros. However, a German journalist managed to reveal the truth. In 1967, shortly after military takeover, a reporter from the German magazine Stern flew over Gyaros, took photos and published them all around Europe.
A few months later, journalists of the French magazine Paris-Match, also flew of the island revealing to the wider public the true purpose of Gyaros.
The colonels could no longer deny the truth. Evidence from the prison at Gyaros contributed to the subsequent exclusion of Greece from the Council of Europe for human rights abuses. 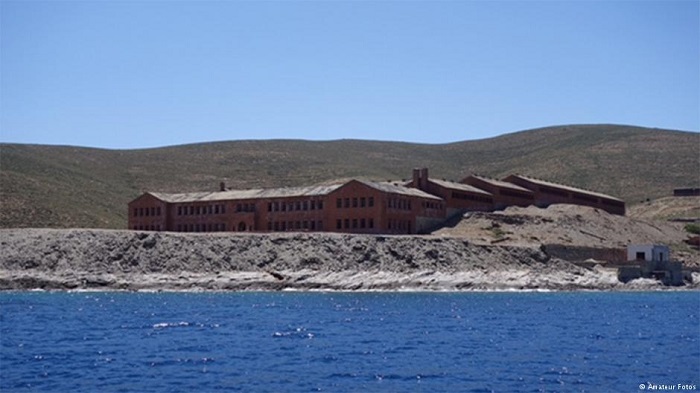 Katsibinis, speaking to DW, says that the dictatorship tried even then to distort the truth, lying about the number of dead in Gyaros.
“There are 22 tombs in Gyaros, but the dead are many more. The prison administration did not want to be blamed for the deaths, so they transferred moribund cases to the island of Syros, where they died at the local hospital, “he points out.
Kostas Katsibinis today focuses all his efforts on preserving the historical memory so that the “devil’s island” becomes accessible to the general public. However, this is not an easy task. Until today, there is no ferry connection.
The island is considered a restricted area. If anything, thanks to the efforts of Katsibinis’ association, the Greek navy has stopped from using the island as a firing field, causing even more damage to the abandoned buildings.
From “Devil’s Island” to ecological paradise?
DW reports that there are signs that the island is slowly coming out of isolation and abandonment.
Gyaros could be transformed into a protected ecological area and a paradise for diving, it reports. The project called Cyclades Life is ongoing and is being supported by the WWF environmental organization. 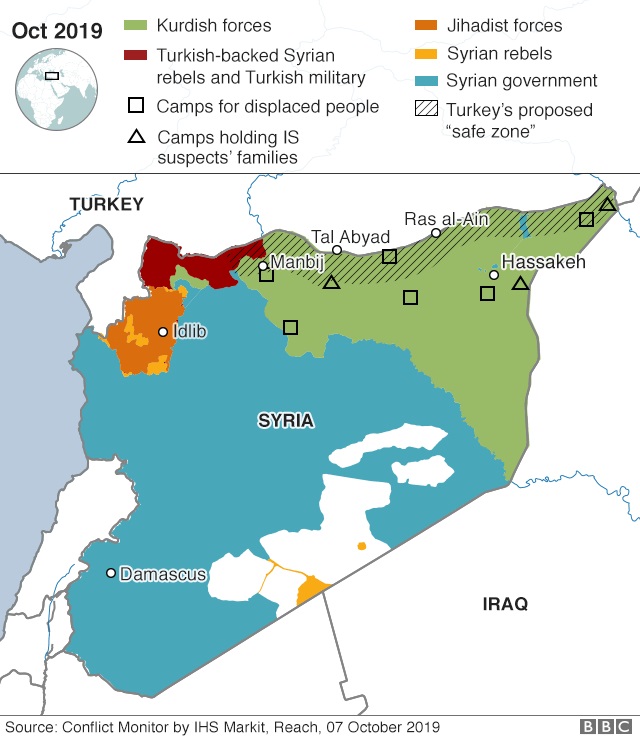 “In the marine area around Gyaros lives 15% of the total population of the monachus monachus monk seal. It is perhaps the largest colony of the species worldwide,” WWF spokesman Iason Kandas told DW.
Since 2011, Gyaros is a NATURA protected area and will probably receive an initial funding from European funds to implement the Cyclades Life project. As the program manager, Spyros Kotomatas points out, “the fact that the island has been uninhabited for decades, has allowed nature to remain undisturbed. The scene today is reminiscent of Homer’s descriptions of how the Cyclades were in ancient times”.
The aim is to open the “devil’s island” for visitors, but in such a way as to preserve both its historic character and its natural beauty. The project is complicated when the legal framework remains unclear: In 2001, Gyaros was declared a historic monument, which means that all building activity is prohibited.
Despite that, the encouraging fact is that local communities in neighboring islands support the effort for mild tourist development at Gyaros, the DW says.
Report by Yannis Papadimitriou for Deutsche Welle

A record number, over 700, sea turtles died in Greece in 2020, according to a report published by ARCHELON.
Diplomacy