GRNews
GreekReporter.comDiasporaMeet the Greek Who Is Running for Jersey City Mayor

Meet the Greek Who Is Running for Jersey City Mayor 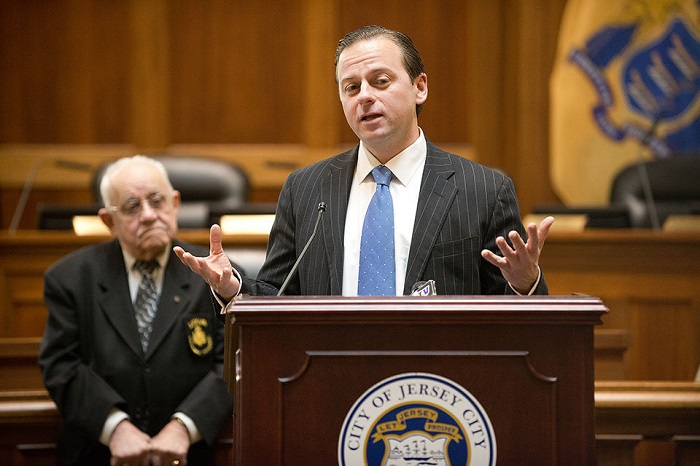 Running for Mayor of Jersey City Bill Matsikoudis says that he intends to bring the Hellenic values to the city if elected in the November 7 elections.

In an exclusive interview with the Greek Reporter, Matsikoudis, who was the chief attorney for Jersey City for nine years, spoke about the Greek American community, his ideals of Hellenism, and his love of Greece.

Jersey City was a destination for the first generation of Greek immigrants and two Orthodox churches are still located there. “The Greek American community has decreased over the last decades,” says Matsikoudis. “Many people of Greek descent have moved out of the city and into the suburbs,” he adds.

What is left of the Greek American community — about one thousand — is fully integrated and is thriving with real estate holdings and businesses, including restaurants.

Matsikoudis says that there are no problems specific to the Greeks in Jersey City. The small community is facing the same problems that everybody else if facing, such as affordability of housing and safety.

Greek Americans embraced whole-heartedly his campaign “both financially and spiritually.” “People from as far as Chicago have made financial contributions to my campaign,” although more will be needed in the next four months leading up to Election Day.

“From the position of Mayor I want to make Jersey City one of the best cities in the United States,” he says. There are two other candidates running for mayor in Jersey City: the incumbent Steven Fulop and former New Jersey State Assemblyman Charles Mainor.

With roots in Thessaloniki, Matsikoudis speaks with great pride about his Greek heritage.

“I would like to bring into Jersey City the spirit of Hellenism. I know it’s difficult to define, it’s something spiritual and has been inflicted on me by my father. It’s love for Greece, striving for excellence, honor (filotimo), duty and obligation.”

His father, Elpidoforos, emigrated from Greece to Jersey City, building a successful career as a local deli owner. His mother was born to a family with deep Jersey City roots.

“My father fought in the Second World War and taught me ‘never to fear anything’. He also told me that ‘my dignity should never be compromised.'”

Matsikoudis says he “oves everything about Greece…I love its history from the ancient times, through Byzantine to modern Greece. I feel part of the same tribe.”

“I get upset when I read about the great disasters inflicted upon Greece, such as the defeat in Asia Minor in 1922 (Megali Katastrofi), or when I walk the streets of Istanbul and look at Aghia Sofia and other lost Greek monuments.”

Matsikoudis, who has visited Greece a number of times, laments the crisis enveloping the country over the last years. He says that there are many reasons for the crisis, such as the mismanagement of the economy, the attitude of the people, bloated government and over taxation.

He sympathizes with the pain inflicted to many Greeks from years of austerity. He says, however, that “to some extend austerity was justified, although it went too far.”

Greece needs to “streamline and free the economy from tight government control.” Politicians should also change attitude and decide to “serve the people and not their personal interests,” Matsikoudis says.

He does not hide his admiration for at least one Greek politician: Yannis Boutaris, the Mayor of Thessaloniki. “I met him and I was impressed by his rationality and his out of the box thinking. He has surrounded himself with the brightest people and he is doing a great job for the city.”

Matsakoudis is optimistic about the future of Greece. The country will come back and become strong again, he says. “Look at history. Who would think a few centuries ago that Greece would even be a country?” He stated and continued, “Greeks wherever they went achieved miracles. In America they have become one of the elite classes” he adds to emphasize the point.